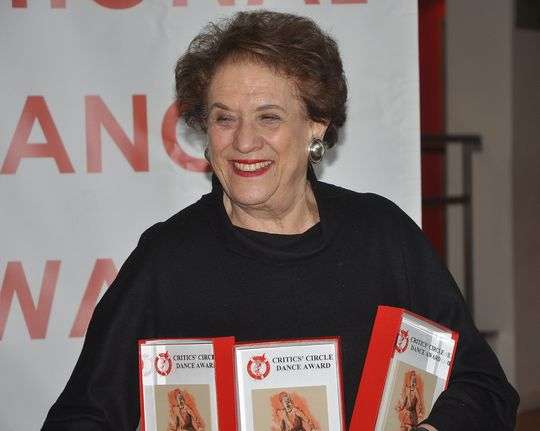 Lillian Hochhauser receiving the awards for the Bolshoi. © John Ross

The Critics’ Circle National Dance Awards took place at Sadler’s Wells, London today, 24th January. Patron of the Awards, Dame Beryl Grey says: “I am delighted that the awards are now entering their second decade and have established an important, permanent and valuable place in the annual dance calendar. They set out to celebrate the richness and variety of dance work presented on stage each year, nurturing innovation and acknowledging excellence. I offer my congratulations to all those dancers and choreographers and companies who have been nominated for awards and now especially to the winners. Your creative energies and remarkable achievements have been justly recognized. Well done.”

Liam Scarlett for Asphodel Meadows by the Royal Ballet

The Awards celebrate the vigour and variety of Britain’s thriving dance culture and highlight the huge range of dance on offer. They are the only professional awards in the UK dedicated to dance and are presented by the Dance Section of the Critics’ Circle, which brings together more than 50 dance writers. As part of the awards’ unique partnership with Sadler’s Wells and the Royal Opera House, the ceremony alternates between the two venues.

The awards sponsors are: The Monument Trust, Dancing Times; and Dance UK in association with Gordon and Co for the Jane Attenborough Dance UK Industry Award.

To read about past Awards please visit:
www.nationaldanceawards.com