The Film That Changed My Life 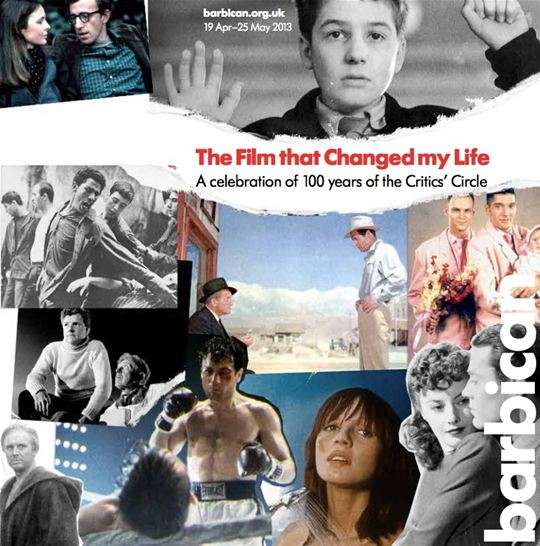 A Celebration of 100 Years of the Critics’ Circle

To celebrate the Centenary of the Circle, the Barbican Cinema has invited some of Britain’s foremost critics to select and introduce a screening of ‘the film that changed their life’.

Hear from David Gritten on The Battle of Algiers, Sir Nicholas Kenyon on Kozintsev’s definitive 1964 Hamlet, Sukhdev Sandhu on New Wave favourite The 400 Blows, Jonathan Romney on the wonderful Celine and Julie Go Boating, and Larushka Ivan-Zadeh on Derek Jarman’s The Garden. Listen to Peter Bradshaw talk about Raging Bull, Kim Newman on both East of Sudan and First Men in the Moon, Kate Muir on Powell and Pressberger’s I Know Where I’m Going!, Jenny McCartney on A Night To Remember, Derek Malcom on the poetic Ship of Theseus, Wendy Ide on sparkling screwball comedy The Lady Eve, Philip French on the 1950s classic Bad Day at Black Rock, Dave Calhoun on If… and Jason Solomons on the Woody Allen classic, Annie Hall.