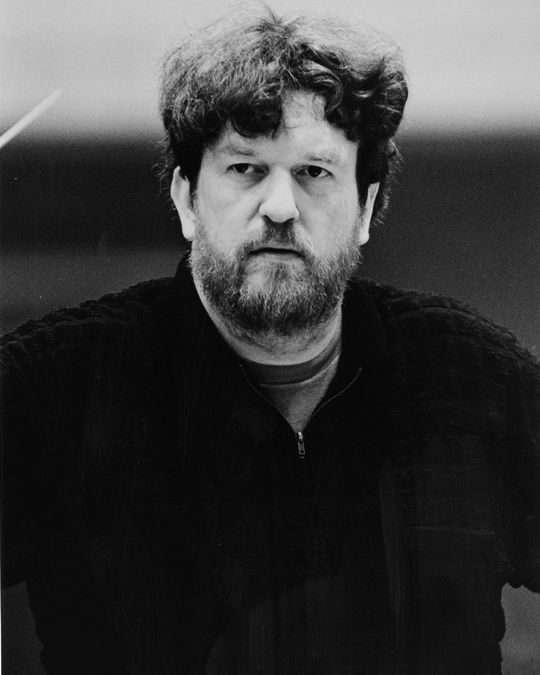 From an impressive shortlist of nominees, the Music Section has voted for the recipients of its 2012 Outstanding Musician Award and its three awards for Exceptional Young Talent

Voting is done on the basis of an artist’s particular contribution to musical life in the UK during the previous year, whether through live concerts, recordings or both.  A ballot for the 2012 Music Awards was conducted among the 80 or so members of the Music Section earlier this year. But in fact any year in recent times would have been an appropriate moment to acknowledge the outstanding work of Oliver Knussen, both as a composer and as a conductor of such orchestras as the London Sinfonietta, the BBC Symphony and the Birmingham Contemporary Music Group. It is particularly fitting that he should be given his Outstanding Musician Award in the year of his 60th birthday, which he celebrates on 12th June during his tenure as Artist in Residence at the Aldeburgh Festival, one of the key events of the annual musical calendar.

Knussen is a major force in British music. Many of us will remember him as a 15-year-old conducting his own First Symphony in 1968 with the London Symphony Orchestra, where his father, Stuart Knussen, was principal double bass.   Since then, his music has continued to testify to his vital creative spark. He has nurtured the emerging talent of young composers through his work at the summer schools in Tanglewood, Massachusetts, and at the Contemporary Composition and Performance courses that he co-founded with Colin Matthews. He tirelessly champions the work of other composers, both young and seasoned, in performances enlivened by his astute, detailed conducting, and, from the audience’s point of view, he is a crucial catalyst in elucidating contemporary music’s intricacies and diversity.

The Music Section sets great store by encouraging and applauding the artistry of the new generation of musicians, and this year the awards for Exceptional Young Talent go to three performers who fully merit the accolade – a conductor, a pianist and a singer.

At last year’s BBC Proms Nicholas Collon conducted both the London Sinfonietta and the Aurora Orchestra, the ensemble he founded in 2006 and which exhilaratingly abides by its aim to “inspire, challenge and astonish new audiences with great music, brilliantly performed”. Their concerts at Kings Place and elsewhere have become magnets for audiences who delight in the particular blend of the programmes and the panache with which Collon and the Aurora present them. Besides his concerts with the Aurora Orchestra Collon distinguished himself last year in appearances with, among others, the Birmingham Contemporary Music Group, the Manchester Camerata, the BBC Scottish Symphony Orchestra and the London Philharmonic, where he is assistant to Vladimir Jurowski.

Nicholas Collon’s award will be presented to him at an Aurora Orchestra concert on Friday 13th July at LSO St Luke’s, given as part of the City of London Festival.

At the age of 11 in 2004 Benjamin Grosvenor won the keyboard section of the BBC Young Musician of the Year competition. Anyone who heard him then will have predicted a rosy future, which is now being realised in performances of uncommon maturity at the age of only 19. Last year he opened the BBC Proms with Liszt’s Second Piano Concerto, later on in the season playing Britten’s Concerto with the National Youth Orchestra. He is currently a member of the BBC New Generation Artists scheme, where, as in other concerts, he has revealed not only a polished and dynamic technique but also a perceptiveness of style and an exciting individuality of approach. Last year he signed with the Decca record label, his first CD of Liszt, Chopin and Ravel identifying the exceptional young talent that his award celebrates.

Benjamin Grosvenor plays the Grieg Concerto with the Oxford Philomusica at the Barbican Centre on Tuesday 12thJune, when his award will be handed over.

The bass Matthew Rose, like the other two winners of the Exceptional Young Talent Awards, made a pair of appearances at last year’s BBC Proms, first as Walter Furst in the French version of Rossini’s opera William Tell with the Accademia di Santa Cecilia and Antonio Pappano, then in Beethoven’s Missa solemnis with the London Symphony Orchestra under Sir Colin Davis. Both concerts demonstrated Rose’s range, richness and resonance of tone and the ripe sense of character that he brings to his singing. The same was true of his performance as Leporello in Glyndebourne’s production of Mozart’s Don Giovanni, which drew critical plaudits for his “personality, persuasive acting and sparkle of panache”.

Matthew Rose opens as Claggart in Britten’s Bully Budd at English National Opera at the London Coliseum on 18th June.