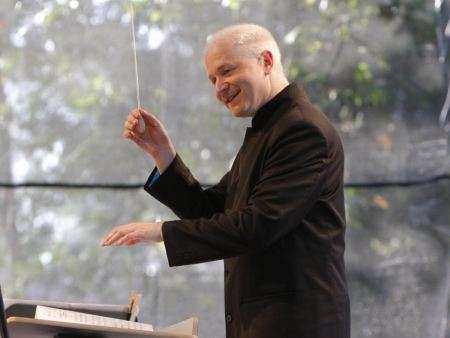 Following the performance of his first orchestral work at the BBC Proms in 1980, the 20-year-old composer George Benjamin was immediately heralded as one of the brightest stars in the firmament of British contemporary music. Over three decades later his reputation seems only to grow with the emergence of each new beautifully crafted work. Even so, the critics and public alike were awed by Benjamin’s recent opera, Written on Skin, which seems to have awakened a new force in the composer and opened up deeper reaches in his musical imagination. In recognition of this achievement, the Critics’ Circle’s music section is proud to confer their highest honour on George Benjamin in the form of the 2014 Award for Outstanding Musician.

Also announced are the Critics’ Circle Awards for Exceptional Young Talent in music. Presented each year to musicians under the age of 35, the awards are intended to recognise both achievement and promise across three categories: Singer, Instrumentalist, and Conductor or Composer. The 2014 awards are being made to the composer Charlotte Bray, the singer Mary Bevan and the pianist Igor Levit.

The Critics’ Circle Awards are unique across the industry for being voted for by the 89 members of the Critics’ Circle’s Music Section, in recognition of musical activities in the United Kingdom during the previous calendar year. In contradistinction to other awards panels, Critics’ Circle members are unusual in remaining judges all year round, collectively listening week-in week-out to more concerts and recordings than any other sector of the industry. The shortlists are therefore drawn from the widest possible pool and established independently of any third-party nomination system. Consensus in such a passionate and experienced community is not easily won, but when established speaks volumes about the quality of the artistry and musicianship singled out for praise.

The Outstanding Musician Award is the Music Section’s most prestigious award, made in recognition of career achievements which have altered the way music is played, heard, understood and loved. The previous laureates are the composer Oliver Knussen (2012) and the conductors Daniel Barenboim (2011) and John Eliot Gardiner (2013). This year’s award is made to the composer George Benjamin following the widespread international success and near universal critical acclaim for his opera, Written on Skin. Composed to a libretto by Martin Crimp, the opera received its UK premiere at the Royal Opera House in March 2013.

Founded in 1913, the Critics’ Circle is the professional association of British and Britain-based critics of dance, drama, film, music, visual arts and architecture. Membership is by invitation from the Circle’s Council. The organisation’s aims are to promote the art of criticism, to uphold its integrity in practice, to foster and safeguard members’ professional interests, and to support the advancement of the arts more generally. In addition to an annual award voted for by all members of the Critics’ Circle – the Critics’ Circle Award for Distinguished Service to the Arts – each section of the Critics’ Circle has its own Awards. The Music Section awards were reinstated in 2011 and are now in their fourth year.