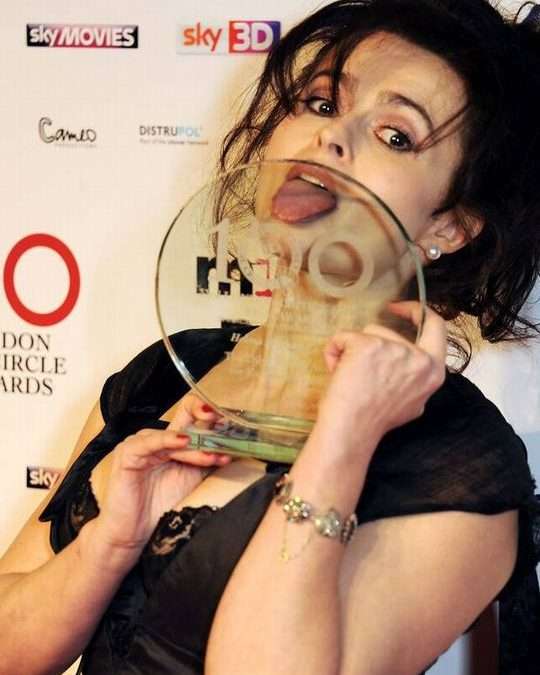 Michael Haneke’s Amour was triumphant at this evening’s London Critics’ Circle Film Awards, scooping up three awards including the top honour, The Sky Movies Award for Film of the Year. It also took Actress of the Year, sponsored by Spotlight, for Emmanuelle Riva, and Screenwriter of the Year, sponsored by Distrupol, for Haneke. Amour has been widely feted since winning the Palme D’Or in Cannes last year, and has recently picked up a Golden Globe award as well as five Oscar nominations and four Bafta nods.

The Master, which had been neck and neck with Amour in the nominations with seven apiece, claimed two wins for Joaquin Phoenix and Philip Seymour Hoffman, respectively for Actor of the Year, sponsored by Spotlight, and Supporting Actor of the Year.

Berberian Sound Studio took The Attenborough Award: British Film of the Year, presented by The May Fair Hotel, and also British Actor of the Year, in association with Cameo Productions, for Toby Jones, who was present to collect his award.

Last year’s British Actress of the Year Olivia Colman was present to accept the award for this year’s winner Andrea Riseborough (Shadow Dancer), who was unable to attend due to illness.

Ang Lee was honoured with The American Airlines Award: Director of the Year for Life of Pi, which was accepted on his behalf by Rafe Spall, whilst The Sky 3D Award: Technical Achievement went to Bill Westenhofer for Life of Pi’s visual effects.

Supporting Actress of the Year went to Anne Hathaway for Les Miserables. Les Miserables’ producer Debra Hayward was present to collect the Award on Hathaway’s behalf.

Tom Holland took Young British Performer of the Year for his role in The Impossible, whilst the Breakthrough British Film-maker went jointly to Alice Lowe and Steve Oram, the writers of Sightseers, who had also been nominated in the British Actor and Actress categories. All three were present to pick up their awards.

Foreign Language Film of the Year went to Jacques Audiard’s Rust and Bone whilst, following its successful run at the box office, The Imposter took Documentary of the Year, which was collected by director Bart Layton.

The London Film Critics’ Circle comprises over 120 members of UK film critics, broadcasters and writers, who this year voted for more than 200 titles on their nominations ballots.

A critic’s job is to champion the best rather than just go with the awards-season flow, and I think we have done that this year in both our nominations and the films, film-makers and performers we’ve honoured with awards. We not only nominated Michael Haneke’s masterful Amour in our major categories, but we gave it three top awards, including Film of the Year. And we’ve also added our enthusiastic acclaim to exceptional British films like Berberian Sound Studio, Shadow Dancer, The Imposter and Sightseers. It was also great to take the time to celebrate Helena Bonham Carter’s wonderful body of work. She won our British actress award back in 1998, and she’s still giving unforgettable performances – including three in this past year alone.

The 33rd annual edition London Critics’ Circle Film Awards has this year relocated to the May Fair Hotel, which kindly supported the event. This luxury 5 star hotel, located in the heart of London’s Mayfair, provided a more glamorous, intimate location for the starry red carpet event. This year’s glittering ceremony was held in aid of their charity partner Missing People, a 24/7 lifeline when someone disappears. American Airlines sponsored the pre-ceremony champagne reception and the after party, which also took place in the May Fair Hotel.

The Sky Movies Award: FILM OF THE YEAR

FOREIGN LANGUAGE FILM OF THE YEAR
Rust and Bone (StudioCanal)

DOCUMENTARY OF THE YEAR
The Imposter (Picturehouse/Revolver)

The Attenborough Award: BRITISH FILM OF THE YEAR – presented by The May Fair Hotel

5. Beasts of the Southern Wild (StudioCanal)

7. Once Upon a Time in Anatolia (New Wave)

ACTOR OF THE YEAR – Sponsored by Spotlight

BRITISH ACTOR OF THE YEAR – In association with Cameo Productions