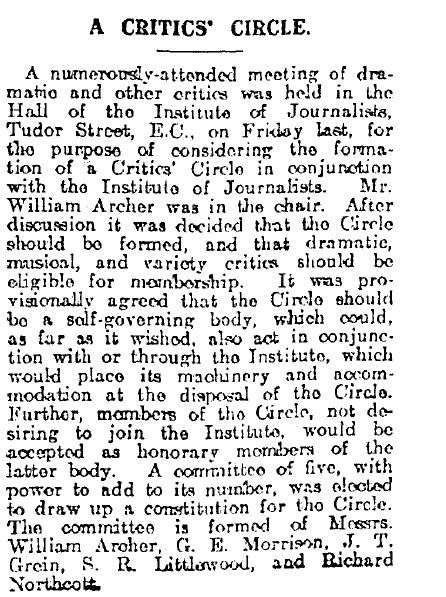 Ten boxes of old letters, press cuttings, menus and membership books of the Critics Circle since its beginnings on the eve of the First World War are kept in a temperature controlled barn belonging to the Museum of Theatre History in Bristol. Nothing of ours is on display in the rather limited space, but that is not to say the contents lack entertainment value. The type-written correspondence with Peter Sellers gives away his panic on the day of the Circle dinner, for instance. At least he sent a note. Beecham gave a few days’ notice and spoke at other dinners to the one he missed. Only the time it took (9.23-9.40pm) is recorded of his 1927 oration.