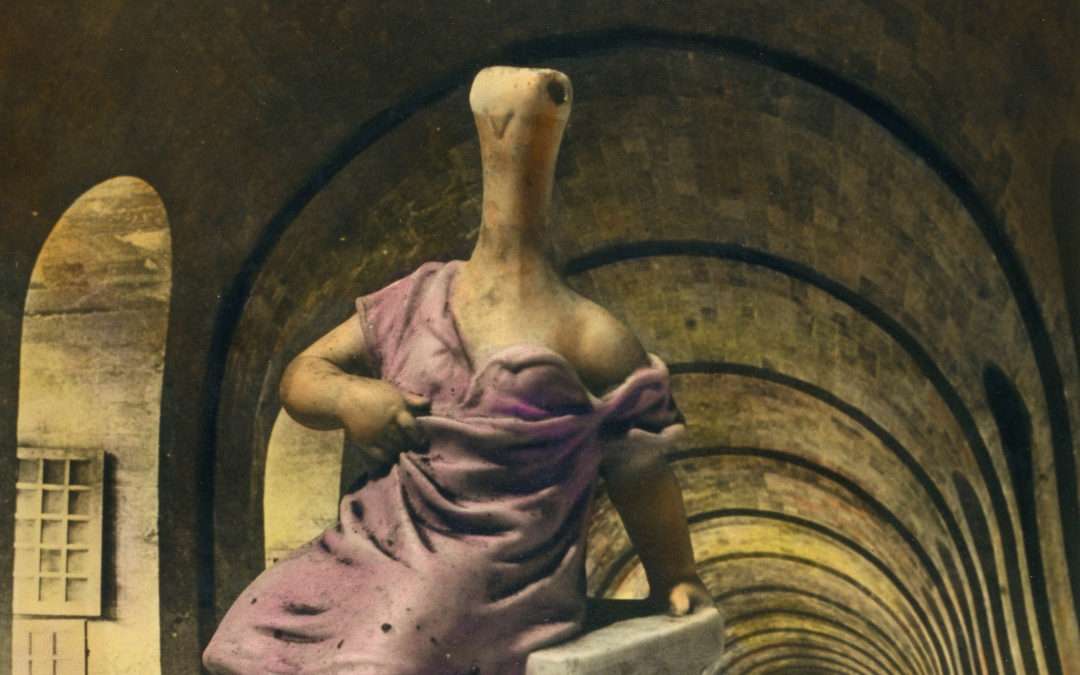 Tate Modern’s retrospective of Dora Maar, photographer and artist, reveals more about this elusive woman than most of us have known up to now. Previously she has been seen in the shadow of her relationship with Picasso.

This show spans the whole of her career of more than six decades showing the full range of both her photography and her painting, discussing it both in terms of aesthetics and biographically.

Yet there is an absence at this show’s heart, and it is Maar herself. There are few clues to her personality and she has become known as a very private person. This exhibition does nothing to dispel that view.

Born Henriette Théodora Markovitch of French and Croatian parents, Dora Maar grew up between Argentina and Paris. She studied both the decorative art of photography and the fine art of painting in Paris, and at a time when advertising and the illustrated press offered new professional opportunities for women she choose a career in photograph as one more likely to earn her a living, changing her name for the snappier Dora Maar for professional reasons. Early on she was noted for her technical skills and the imagination she brought to the subjects she photographed, both in the use of her camera and in the dark room. Images she took of Mont Saint-Michel that illustrated Germain Bazin’s book of the same name led Bazin to describe the book’s images as being imbued with “imagination more than intelligence”.

Maar set up a commercial photographic studio in the early 1930s with the set designer Pierre Kéfer specialising in portraiture, fashion photography and advertising and gained many commissions. Again her imagination and technical skills can be seen the portrait of her friend Nusch Eluard in around 1935 that Maar overlaid with a second negative of a spider in its web. Known as The years lie in wait for you the project is believed to be for an advertising campaign for skin cream.

The early to mid-1930s are the years she is best known for, when she was associated and exhibited with the Surrealists, producing her most iconic photomontages. The Portrait of Ubu, Le Simulator, 29 rue d’Astorg. Also a perceptive documentary street photographer she took images around Paris and made trips to Spain, Barcelona, and London. Her photographs record the effects of the Stock Market Crash, London’s Pearly Kings and Queens, poverty and the quirky caught her eye. This was when she became active in left-wing revolutionary groups.

In 1935-36 this fully fledged independent woman met Picasso and became his mistress-en-titre. Some say she hunted him out.

The late 1930s saw her document Picasso’s creation of Guernica, and together they would make a number of Cliché-verre with her as the darkroom master. But the show displays no commissioned photographic work from the late 1930s, indicating perhaps that it tailed off. In 1937 Picasso began to encourage her to go back to painting, which some may see as a way for him to stifle her photographic creative output, but it may well have been the opposite, meant to feed her creativity in the fine arts over her technical skills and canny eye in the decorative arts of photography. He would also encourage the photographer Brassaï to develop his drawings more.

The sales catalogues for her estate sale in 1998 show she did continue to make photographs. Leaving Paris with Picasso at the outbreak of war on 3rd September 1939 they went to Royan, a childhood haunt for her. There is a photograph of Jaime Sabartés, Picasso’s friend and secretary, taken in an exterior setting, probably in October 1939, with Sabartés holding Picasso’s newly made portrait of his friend as a 16th century Spanish Grandee. Other images document their interior landscapes and work.

Returning to Paris with Picasso in late August 1940, she remained there throughout the German Occupation of France. The exhibition touches on this period only in passing, but it seems to have been an extended period of discomfort and loss for Maar. She had been a left wing activist and it was down to her that Picasso began to pay more attention to politics – now France was defeated and occupied by right wing Germany which France’s Vichy government was also right wing. Drawing attention to oneself through street photography cannot have felt either wise or safe. The weather was bitter, food and fuel were scarce. The still lifes she painted make the ennui and deprivations of the period tangible.

On a personal level her father left for Argentina, her mother died, many of her friends, like Jacqueline Lamba, were gone, or like Nusch Eluard would die too young; her lover, Picasso, was clearly not going to make a monogamous commitment to her, and even her dog disappeared, although it led to Picasso producing a charming number of torn paper sculptures of the dog to cheer her. That she should be depressed seems quite rational under the circumstances, but it would culminate in her having a nervous breakdown.

Whether her breakdown was triggered by the end of her relationship with Picasso is moot. Her situation certainly affected her deeply and led to years of treatment with the psychoanalyst and psychiatrist Jacques Lacan. Always a private person she became even more so. Photographs of her in the 1920s show her with a smile in her eyes, and later that seems to fade or become more guarded. Yet she never stopped working, and the last two rooms in Tate’s exhibition show the fruits of that work, the crescendo of which are some startlingly gestural work, part emotional, part abstract, part landscape, that combines photographic techniques, painting and print making.

Yet if she hid her personality from public gaze her friends knew her worth. In 1943, playing on her name, Picasso dedicated a copy of Buffon’s Histoire naturelle he had illustrated, making it “Adora Maar”. This and other dedications on books and letters she received over the years from friends, Paul Eluard, André Breton, Georges Hugnet, Jean Cocteau among them, show the great value they placed on her.

Previously at the Centre Pompidou and following its run in London that finishes on 15 March 2020, the show will travel to the J. Paul Getty Centre, Los Angeles, from 21 April to 26 July 2020. It os accompanied by a fully illustrated catalogue.