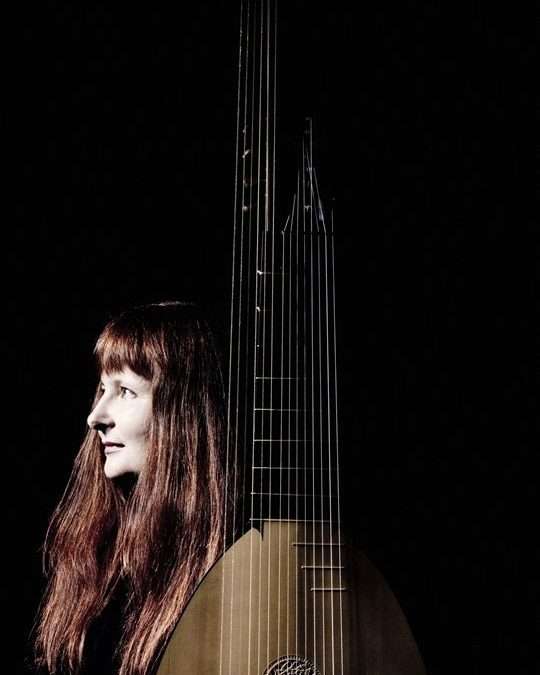 And lo, the early music virtuosi L’Arpeggiata cast a spell over a sold-out Wigmore Hall three nights before Christmas. Their sins of sub-jazz impro with Purcell, committed during their last visit in 2014, were forgiven; that local hero is still a protected species as far as the English are concerned. It’s all right with Monteverdi though and after they had begun with the signature ground bass of his’Zefiro torna’, giving vent to the most fluent of authentic (and possibly inauthentic) extemporisations, they embarked on a programme of Catalan songs which were mostly traditional and anonymous and so would upset no indigenous protectors of this or that composer’s legacy.

To the Austrian lutenist Christina Pluhar, who leads the group, a programme is less a succession of separate items than a cohesive whole performed without interval, one number running into the next; the musicians control the unbroken flow of the evening, the tempo of mood-changes and the applause. This they prevent until it is ready to burst from the boiling-point audience in cascades and bravos. Their admirers attend to every quaver, so that even a timed eyebrow-arch from Spanish percussionist David Mayoral, or the insertion of an improvised Christmas riff by Luxembourg double-bassist Boris Schmidt, meets a snuffle of appreciation from the rapt stalls. They played three encores and it was still too few.

It’s been a long season. Catalan Soprano Nuria Rial sounded a little tired as she began with the exquisite traditional ‘La dama d’Arago’, but the focused lightness in her voice returned, and if ‘La Margarideta’ did not quite have the crisp enunciation the rhythm demanded, the following lullaby ‘Mareta’ was everything a sleepy infant might desire. Rial plumbed the emotions in ‘La Preso de Lleida’ (‘Lerida Prison’) and sang ‘The Song of the Birds’, which Pablo Casals had made famous, with all the patriotic longing of the homesick exile at Christmas.

Pluhar sits at the side of the stage, her back half-turned to the audience, her profile concentrated and commanding. She sets free the bass lines with the resonant kerplunk of the long strings on her theorbo, igniting each new item with well-rehearsed precision. The jazz-inflected solos grow out of the 17th-century language and timbres without awkwardness; L’Arpeggiata joins the centuries, makes ancient rhythms and forms relevant to a contemporary ear and reinvigorates the Baroque with swing and sophistication.