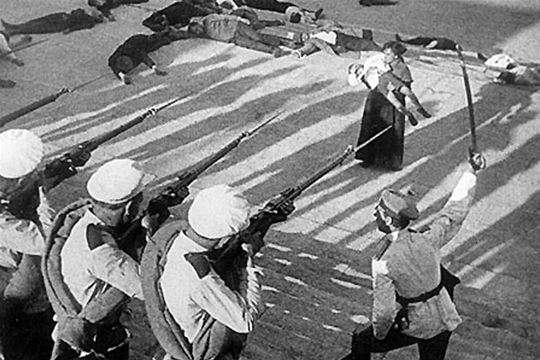 Featuring a presentation by one of the BBFC’s Senior Examiners, Craig Lapper, the event delves into controversial films that both divided and united the Film Critics and the ‘Board of Film Censors’, as the BBFC was previously known. Films for discussion include Battleship Potemkin (1926), No Orchids of Miss Blandish (1948), and Crash (1996), as well as numerous titles marking key milestones in public acceptability of depictions of drugs, sex, violence and nudity, on the silver screen.

Jason Solomons, Film Critic for The Observer and Chairman of The Critics’ Circle Film Section, said: “We’re thrilled to include the BBFC event as part of our centenary celebrations. The relationship between critics and censors has always been highly charged yet wondrously close, both in thrall to the huge canvas of the movie screen. Both bodies have long served as conduits between artists and audiences and their entwined history is a fascinating framework for the nation’s changing cultural taste and shifting politics.”

David Cooke, Director, BBFC said: “The BBFC and the Film Section of The Critics’ Circle have a shared history that is coloured by hundreds of intriguing, thought provoking and sometimes controversial films. We are delighted to take this opportunity to celebrate The Critics’ Circle centenary with an in-depth look at some key moments from that history. I’d also like to thank the Film Section of The Critics’ Circle for the open and transparent relationship that has developed between the critics and the BBFC over recent years. In an age where film is available in numerous digital formats, never before has there been such a need for the public to have instant access to accurate film classification information and dynamic film criticism, which together, equip them to make informed and inspired viewing choices for themselves and their families.”

Battleship Potemkin (1926) is now rated PG, but was originally rejected in 1926 due to its pro-revolutionary message, which BBFC files describe as “Bolshevist Propaganda”. The critics however went on to applaud the film and in 1952, Sight & Sound magazine cited it to be the fourth greatest film of all time.

No Orchids for Miss Blandish (1948) was initially described by the Monthly Film Bulletin as ‘the most sickening display of brutality, perversion, sex and sadism ever to be shown on the screen’. The film was banned by the BBFC, but it went on to be passed uncut with a PG on video in 2006.

Crash (1996) generated sensationalist stories in the Evening Standard and the Daily Mail following comments from ill-informed politicians. The BBFC were duty bound to investigate claims that David Cronenberg’s adaptation of JG Ballard’s novel was obscene. Despite being granted a clean bill of health by the BBFC, this extraordinary tale of modern alienation was banned by Westminster Council and became the focus of a (failed) press campaign to ‘Boycott Sony’.

The Critics’ Circle, the UK’s only professional association of critics of drama, music, film, dance, and visual arts and the oldest organisation of its kind anywhere in the world, celebrates its centenary throughout 2013, with high profile events open to the media and public audiences. Today the Film Section of The Critics’ Circle, formally established in 1926, has 140 members.

Marianne Gray offers a history of the BBFC.