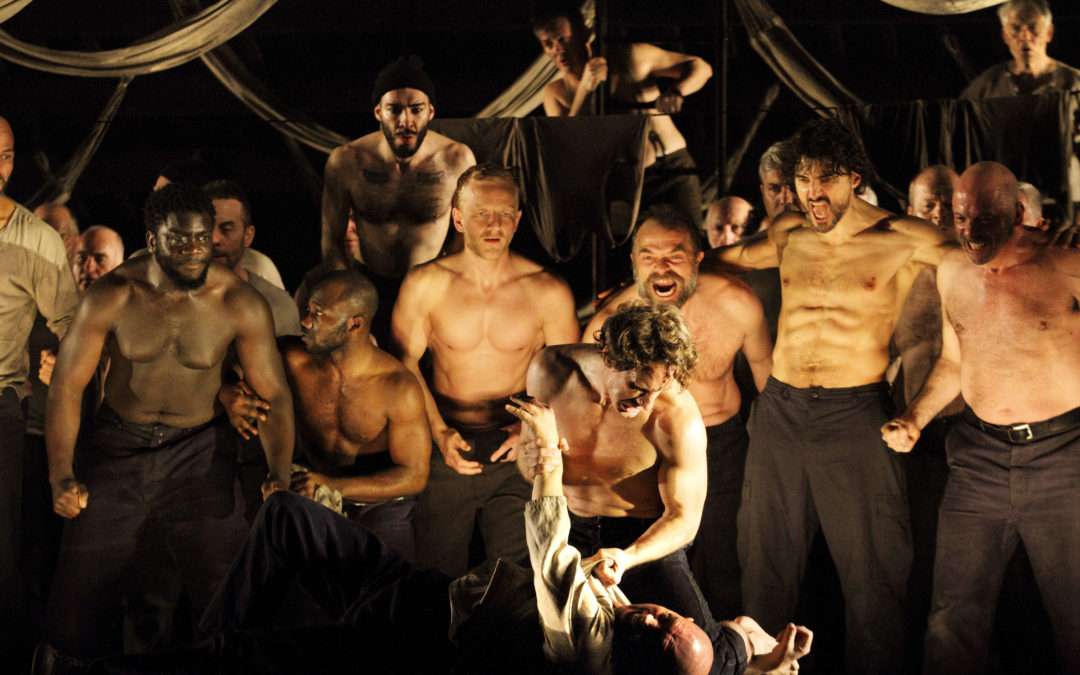 Billy Budd is Britten’s second opera for his beloved tenor partner, and the Royal Opera got one thing right for this somewhat dubious new production by Deborah Warner: namely Toby Spence in Peter Pears’s role, Edward Fairfax Vere, captain of HMS Indomitable. Sensitive, confessional, attractive, feeling, remote, Spence (much handsomer than Pears ever was) dominates the entire performance in a way I have not seen before; but without being the least camp, and minutely true to the role and its responsibilities. Philip Langridge in 1988 was a wonderful Vere at ENO for director Tim Albery, but Spence seems even more at home in the role, utterly remote from everybody else in the story – exactly as a naval Captain would be. He sings beautifully too, giving Forster’s text enunciation to die for.

The other major success of the evening was Ivor Bolton as conductor. Result: exquisite playing. Bolton may be less indulgent towards the players than their regular guy, and a change perhaps is as good as a rest. Bolton is so extremely expressive, attentive to every telling detail he disinters – making such colourful, deeply-felt musical language really mean something. He is also a terrific accompanist (like Pappano) and operatic to his fingertips in a self-challenging way. Here is much revelation from a score of genius, with many easily-missed colours and details: Britten often provides more than first meets the ear. Billy Budd shows humanely the pain of living, the reality of British naval excellence. Bolton is alert to all that torturous imperial gift.

But what about Deborah Warner’s “ideas” as director – such as her discovery of Vere reading Plutarch in his bath, when confronted by pressing responsibility? Or allowing Budd, a mere pressed sailor, to sit uninvited in the presence of his Captain, who would certainly never invite a sailor to do that – even if he fancied him? She seems careless of detail against Michael Levine’s bland design background, with little evident direction for any named performers – and chorus mere oceanic waves flooding hither and thither. Chloe Obolensky’s costumes are drawn from every naval period: incoherent, without much hint of 1797. Warner has been an interesting theatre director, though never much at home in opera. But copying Tim Albery’s brilliant 1988 stroke was good: having Vere lying flat on his side, his ear pressed to the floorboards, listening to the sailors singing below.

The bulk of casting showed the dearth of current British stars. Brindley Sherratt as Claggart seemed over-parted, failing to dominate. The three officers led by David Soar’s Mr Flint included (surprisingly) two non-Brits, whose scenes lacked the familiarity on which Britten counted. After all, class, our country’s besetting vice, is a major factor in this all-male piece. Jacques Imbrailo in the title role was better suited to the Glyndebourne acoustic scale. The names filling the rest of the sailor line-up made little impression. So beta minus for our premier opera company which should do better with native work. Put it down to Brexit blues…