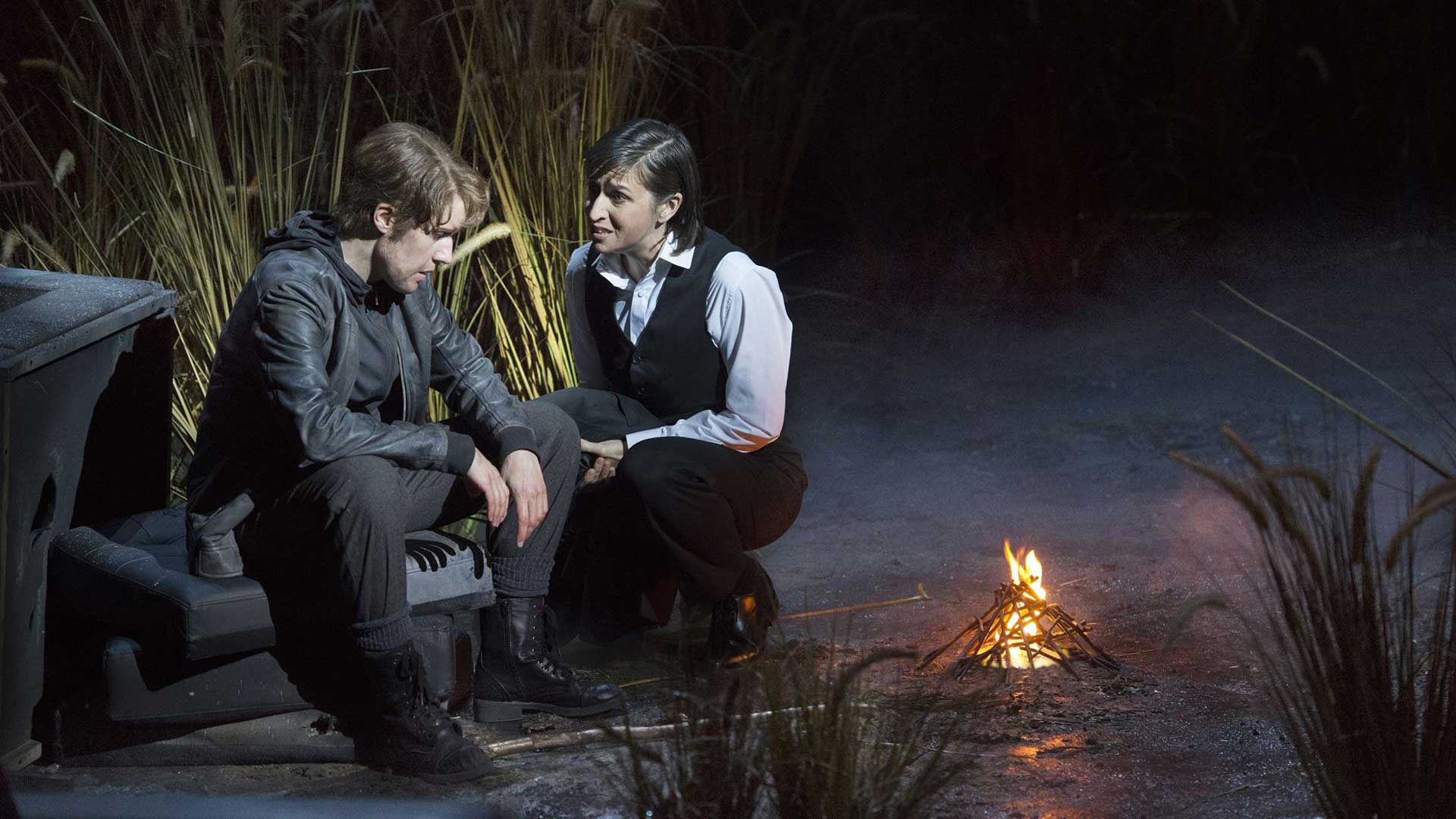 Each time I hear Mozart’s final opera I thank heaven we live in a world perceptive enough to realize that this piece, dismissed as a “German pig’s breakfast” by the wife of its dedicatee and disparaged pretty much ever since, is in fact a radiant thing of mysterious, deep power. How did people ever mistake Mozart’s late idiom of luminous harmonic simplicity (see also the Flute, Requiem and Little Freemasons’ Cantata) for inattention or simple-mindedness?

Still, it’s not simple to bring the best out of its virtues. Even if Caterino Mazzolà turned Metastasio’s text into “a real opera”, it remains a drama rooted in 17th-century sensibility, something like Racine, wildly alien and impenetrable to our contemporary theatrical receptors. Metastasio was a brilliant writer, crystallizing with extreme elegance and beauty thoughts and emotions in the fewest possible words, but you’d be unlikely to call him a realist. You might think the best plan would be to surrender to Tito’s stylization and present the piece as a kind of Western Noh drama. But director Claus Guth disagrees, and goes to considerable lengths to make it as “realistic” as possible.

The production met some well-publicized glitches on its way to the stage, losing a mezzo (Kate Lindsey) and tenor (Steve Davislim), then suffering technical gremlins on a miserably rainy opening night before settling – by the time I caught it on a gorgeous day – into its stride. There’s not much to say about the recasting except that a pregnant Sesto would have looked pretty silly in this show. Lindsey was replaced by Anna Stéphany, who grabbed her chance in a brilliantly serious performance that was the centre of the evening. Davislim was replaced by Richard Croft, considerably older, which produced a certain oddness in the idea of Tito and Sesto  as childhood friends (told through only fairly necessary film of the pair romping in sepia gardens).

Guth and conductor Robin Ticciati have taken advantage of Glyndebourne’s legendary preparation time to create a production that is interior, contemplative, urgently political, acted (physically and vocally) with extreme detail, occasionally visually impressive – and eventually wildly overdone: the poetry of Tito’s preoccupations wilts under the weight of it all.

And Tito’s preoccupations are the ones that concerned Mozart all his life: infidelity, betrayal, human wickedness, forgiveness. The extreme situation – the warm-hearted emperor battling himself and his obvious duty to find a convincing reason to pardon Sesto – requires more than a mere gesture of magnanimity, and Mozart is determined to provide it. Tito’s wager of his forgiveness against all the world’s evil, and to hell with the consequences, is a momentous thing, the rebirth of humanity in power-politics that Guth rightly focuses on as the opera’s fulcrum – in a world where meeting violence with violence is so utterly commonplace it has almost become unquestioned.

But Guth (and Ticciati) bring too much pressure to bear on the material. The Roman setting is updated to a vague present, Tito’s number two Publio (Clive Bayley) a baleful dictator-in-waiting, ready with death-lists and a handy way with manipulating the people – here represented as corporate totalitarian lackeys. The garden of Tito and Sesto’s youth has become a bog-like affair in front of the carpark-like palace where events unfold, and here the monstrous, chain-smoking Vitellia (Alice Coote) and helplessly compromised Sesto meet to hammer out their fates.

Sesto, and his friend Annio and sister Servilia, are the only sympathetic characters: as usual, Annio and Servilia’s little duet ‘Ah, perdona al primo affetto’ seems the moral centre of the piece, with its urgent wish that “all that is not love be shorn from life”. Coote, even in the dawn-of-conscience that is ‘Non più di fiori’, cannot make us warm to Vitellia, whose self-obsession survives everything. One good thing is that Coote, who I last heard groaning and barking through a horror-Ariodante at the Barbican, actually can still sing: she just needs a conductor to make her do it. There are the mannerisms, of course, and she is not very happy at the top, and her acting and movement are pretty limited, but at its best the voice has a unique kind of unguarded directness and vulnerability, great beauty of phrasing and attention to meaning. Guth has put in a lot of work on her acting but we are basically asked to take the idea that she exerts sexual hypnosis over Sesto on trust rather than evidence.

Orchestrally it is stunning, Ticciati and the Orchestra of the Age of Enlightenment creating a veiled, interior sound, intense but lulling, to support the sense that the words sung are the product of real soul-searching. Recits are immensely drawn-out, with vast pauses for thought that quickly come to seem affected. But the seamless way recit and arioso bleed into the arias is beautifully done, and some of those arias are close to perfect. Sesto’s ‘Parto, parto’ is one of the best, technically flawless and absolutely capturing his self-aware moral horror and hopeless thraldom. Croft’s Tito, meanwhile, continually excavating his own heart, is an extremely convincing portrait of an isolated man probably unsuitable for the role of emperor but desperately trying to bring humanity to the business of politics. Michèle Losier as Annio (a role that can really amount to something) provided another of those moral fulcrums, telling Sesto  to throw himself on Tito’s mercy.

This should all add up to something special, but in the end the rather pretentious weight of “theatre” does the usual thing and tries to wrest the drama of the piece away from the music, the only place it belongs and resides. It comes to something when ‘Non più di fiori’ just sounds like a self-pitying whinge, the basset-horn that Mozart magically wafts in to convey a kind of divine grace merely a jovial favour doled out to a clarinettist pal. Seeking to add gravity and explore motive, Guth merely veils Mozart’s moral exploration and his complicated, grown-up idealism; theatrical interventions impede the calm, translucent voice of Mozart’s deep truths.