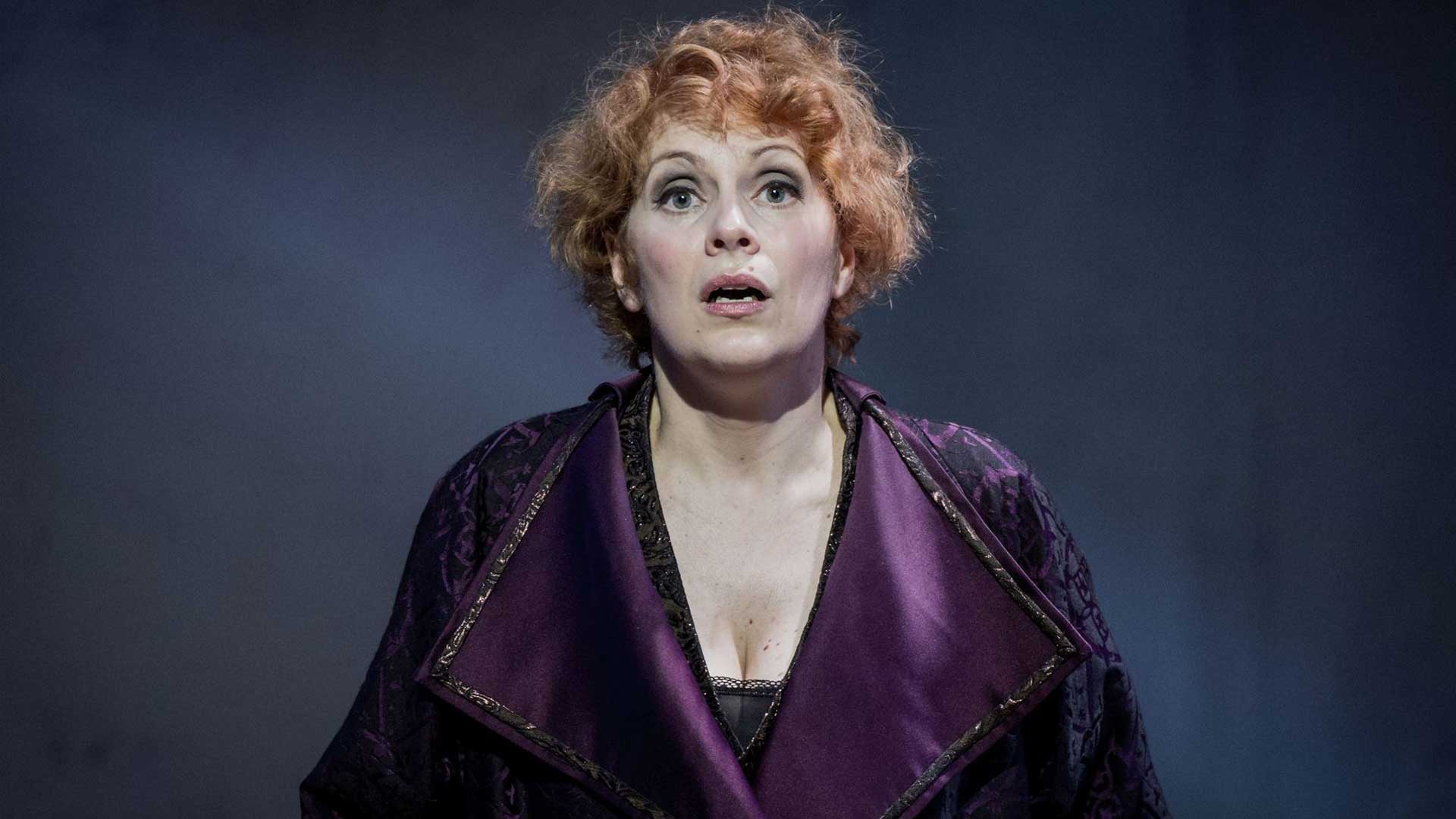 Endless revivals of “great” operas are legion. But sometimes a work pops out of the undergrowth and catches the imagination of a new era. Zazà, by Ruggero Leoncavallo, the composer of Pagliacci, burst (back) onto the scene with an inspired Opera Rara performance last season. Now Opera Holland Park has snapped it up, cast it splendidly and given it a naturalistic and convincing staging that leaves you feeling you know the characters personally and are rather bereft when tutto è finito.

Zazà is a café singer in St Etienne: temperamental, flirtatious, irresistible. She has a tippling mother who raised her as a single parent; an attentive agent, Cascart; colleagues such as Monsieur Bussy who has written a revue for her. Then she falls in love with a businessman, Milio, who somehow fails to mention that he is married with a family. Zazà’s friends gently break the news to her that he has someone else in Paris. She goes there and discovers for herself that the “someone else” is a wife, plus an impossibly cute, piano-playing daughter, Totò. Instead of falling apart into mad scene/suicide – which could have assured her a place in the operatic canon – Zazà confronts Milio, reveals the man’s underlying viciousness, then sends him packing – though he reduces her to a wreck by calling her a whore.

Marie Lambert’s staging ends with a stroke of inspiration: the transformation of Zazà into Butterfly (Puccini’s role was created for the same singer who premiered Zazà four years earlier). The image suggests that this woman is not destroyed by her ill-fated love affair, but rather that her suffering has deepened her artistry and brought her to new levels. Zazà is indeed a heroine for today.

Lambert sets Zazà’s disintegrating relationship against a dismantling of the background – from messy bedroom to hall full of packing cases to a blank canvas from which a misty Eiffel Tower has been rolled away. The costumes by Camille Assaf are colourful and convincing for the opera’s true era – 1900 – with Zazà sporting Klimt-portrait hair and vibrant pinks and purples. The ambient goings-on on scene include the blowing of rainbow bubbles, a rickety wooden staircase and Milio’s adorable “disordered desk” (his only redeeming feature). Even the thunderstorm that shook the Holland Park tent just as Zazà realized she had been duped seemed perfectly timed.

As Zazà, Anne-Sophie Duprels delivers all-giving emotion that carries you with her through every moment: charm, artistic high-jinx, grit, determination, passion, anguish and more fill her powerful yet always lyrical soprano tone to the brim, shining with seeming ease through everything but the very worst downpour. Her Milio, tenor Joel Montero, displayed suitably Italianate style and though he took a little time to settle into things in Act I, in the final argument and parting with Zazà he made the journey from besotted lover to violent abuser seem all too real.

Louise Winter as Zazà’s mother Anaide exuded a blowsy charm of her own, and Richard Burkhard was a sympathetic and believable Cascart. It seems odd that Zazà would fall for the unappealing Milio when in front of her nose there is Bussy, a prime Barihunk bearing a striking resemblance to an early type of Errol Flynn, beguilingly sung by James Cleverton. But that’s opera for you.

Peter Robinson conducted Leoncavallo’s multi-jewelled orchestral canvas with splendid judgment and balance – the players of the City of London Sinfonia bravely weathered the elements and the chorus gave their all.

As a piece, Zazà could perhaps have used a little editing for dramatic flow (Leoncavallo wrote his own libretto for it), but it packs a terrific emotional punch. Even without a moment the equal of ‘Ridi, pagliaccio’, it has plenty to say and enough gorgeous, imaginative, engaging music to enchant audiences everywhere. This staging brings it leaping to life. Do see it if you can.