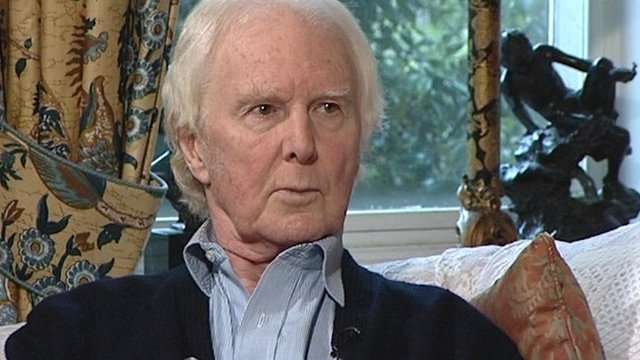 Brian Sewell, the Evening Standard art critic who is probably the last and, at first least likely to attain national treasure status, has died form cancer at the age of 84.

Although he was never a member of the Critics’ Circle – “I’m not a joiner” he would say with the flicker of a benign smile when it was suggested that he might be elected – he was an outspoken champion of arts criticism, and a famously acerbic practitioner who developed a devoted following even among those who had little interest in visual art.

Sewell was born illegitimate in Leicestershire but brought up in South Kensington by his mother, Jessica – “an artist of sorts” as he described her – and his stepfather Robert Sewell. He lived with his mother until her death in 1996. It was not until he 1980s that he discovered that his real father had been the composer Peter Warlock, who committed suicide before he was born. He went to Haberdashers’ Aske’s School in Hampstead and then to the Courtauld Institute where he was taught by Anthony Blunt. Sewell first came to public notice as a spokesman for Blunt when, by then Keeper of the Queen’s Pictures, when he was exposed as a former Communist spy. He said the idea that they had been lovers was “unthinkable”, though Sewell confessed to having had many homosexual lovers. After the Courtauld he went to work or Christie’s where his scholarship and eye were valued but his waspish tongue was not, and he became a dealer.

In 1980 he became art critic at The Tatler and four years later at the Evening Standard, replacing Richard Cork, where he stayed for the rest of his life.

Although friends with many modern and contemporary artists, including Francis Bacon and Lucian Freud, he was dismissive of many other acknowledged masters of the 20th century, including L S Lowry and Ben Nicholson, and a champion of other such as Salvador Dali. He dismissed the Young British Artists as “irrelevant”. Feared and loathed by curators and dealers, it was Sewell who created the phrase “the Serota tendency” for the popular BritArt movement of the 1990s espoused the Tate and collectors like Charles Saatchi. He also thought little of women artists, blaming the need to bear children for not allowing them to develop, and saying that only men were capable of aesthetic greatness. “He had fairly held convictions about contemporary art,.” Said Sir Nicholas Serota, director of Tate often the butt of Sewell’s most hearty criticisms. “But he had insights and opened the eyes of millions to art”.

Sewell also wrote on other enthusiasm such as motorcars and dogs. He claimed that being an art critic had ruined his private life. “I try to stand apart,” he said. “Nothing matters more than intellectual probity. The critic must be prepared to sacrifice even his closest friends”.

His idiosyncratically old-fashioned speech mannerism – “ I was cursed with the voice of an Edwardian lesbian” he once said – made him a favourite on television programmes such as Have I Got News for You, on which he appeared twice. He even made a TV documentary about his love of stock-car racing.

Less known was his kindness, and Grayson Perry, the 2014 Critics’ Circle Award winner for whom Sewell had little time, said “Mr Sewell can be sweet”.