More changes on the London fringe 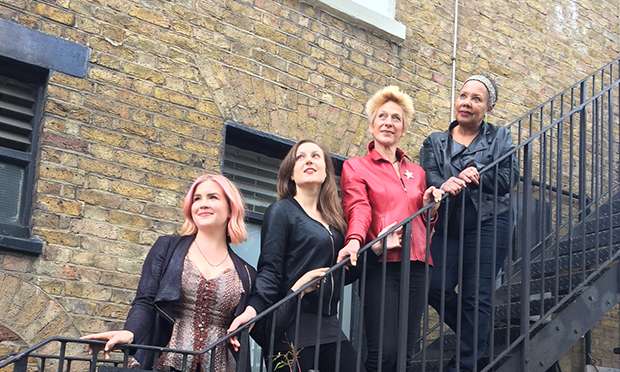 For twenty years Cecilia Darker and the actress and singer Cleo Sylvestre have run the theatre in the Rosemary Branch pub in Sheperton Road, Islington. But they are standing down, although Darker still owns the pub, which serves excellent food, and she and Sylvestre hope to keep a watching eye over how their successors fare. A new company headed by Genevieve Taricco and Scarlett Plouviez Comnas will be running the tiny theatre. The tiny Rosemary Branch theatre is not on which launches work with a possible West End future, rather it is a stepping stone for young actors and directors. Asked by one critic toname West End transfers Darker told him it was nothing to do with that, it was about giving young people the chance to something else – “a marvellous stepping stone from drama school to the next part of their career.”

She bought the pub in 1993, gave up her job at the Central School of Ballet, inited her friend Cleo Syvestre to join her, and they set out learning how to run a pub theatre. It had been, she says, a baptism of fire. Why retire? Well, it is an all consuming affair running a theatre like the Rosemary Branch, often involving 12 hour days and one in which there is no distinction between week days and weekends. It should give her more time to play tennis.

In recent years the theatre was most celebrated for its annual pantomimes staged by the Charles Court Opera Company in which John Savournin laid claim to be one of the best pantimime dames currently performing. But they did much more, from one man/woman shows to the likes of Jane Eyre.

Sylvestre, one of the first coloured actresses to appear on British television – she has been in countless shows – is  an Ambassador for the Mary Seacole Memorial Statue Appeal, is doing her celebrated one woman show about her as part of the farewell to the theatre.