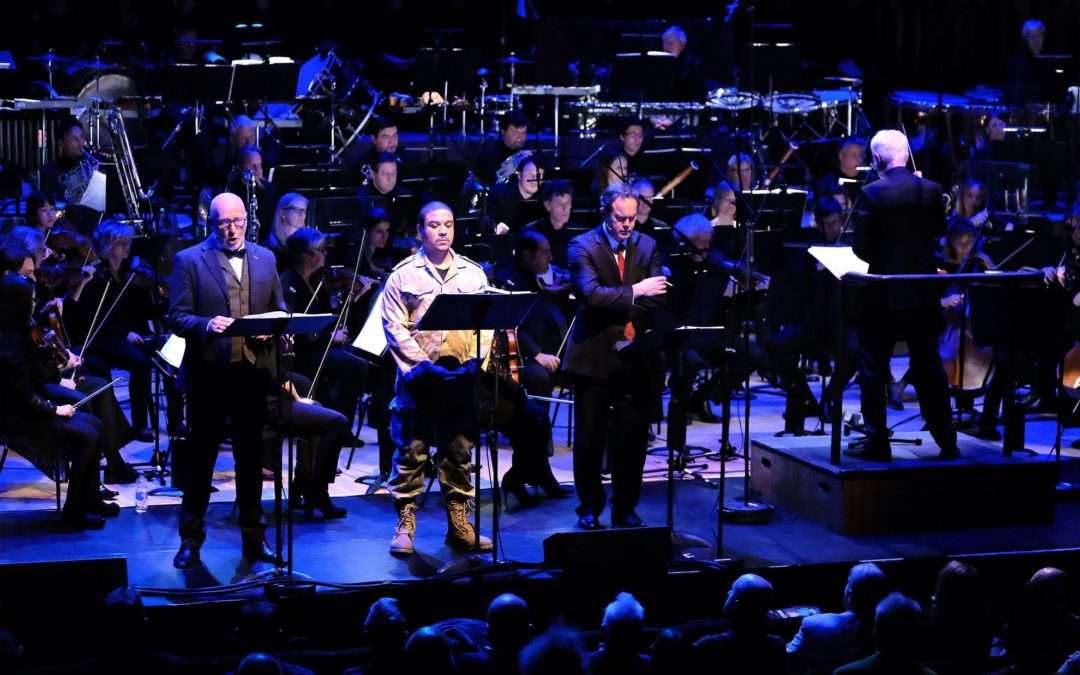 Is there anything music cannot or should not express? It’s a question John Adams, whose works have tackled everything from terrorism to the Crucifixion, provoking more than their fair share of protests and controversies along the way, is perhaps uniquely qualified to answer. And yet the response he offers in Doctor Atomic, his 2005 opera about the days leading up to the nuclear test explosion at Los Alamos, is oddly unsatisfying – an artistic whimper rather than the bang you might expect.

Nearly three hours of music builds to one moment: the nuclear explosion that is the opera’s climax. Adams deploys every texture, every tool from his vast orchestral and vocal resources to bring us to this point, clashing percussion against heavy chunks of brass, layering choral chants over tense, motoric twitching from the strings, setting his solo voices scrambling through musical thickets. And then? Nothing. At the moment of explosion itself, the opera’s terrible and tragic point of arrival, instruments fall silent and even voices are dumb; live performance gives way to pre-recorded sound. It feels like a composer stepping back from the brink, like an acknowledgement of art’s failure in the face of such obscenity. The dramatic effect, even in the concert hall, is powerful, but it comes at a musical cost.

Last heard in London in English National Opera’s 2009 production, the work is a different beast in the concert hall. Structurally it feels closer to El Niño or The Gospel According to the Other Mary than The Death of Klinghoffer or Nixon in China, sitting somewhere between opera and oratorio. Adams’s music chases a dramatic immediacy, while Peter Sellars’s often wilfully abstruse libretto, an unforgivable mixture of banality and pretension, takes a more contemplative approach. Penny Woolcock’s production for ENO smoothed over the work’s tensions, offering a plausibly naturalistic, narrative take on it. Here, performed by the BBC Symphony Orchestra in concert, it feels more disjointed, a stop-start collision between docudrama and philosophical meditation.

With the composer himself conducting, the BBCSO and BBC singers here found both the score’s crisp propulsion, driving the work to a conclusion that seems foregone even in the earliest bars, and its beauty. Adams’s score relishes the tension between the seductive appeal of atomic science (gorgeously rendered here by harp and chimes) and the violence of its practical application, which punches through the texture in fat jabs of brass. The vision of Vishnu blazed out strongly, but did draw attention to the slightly anonymous quality of the rest of the chorus writing.

A superb cast (directed apparently by Kenneth Richardson, whose approach was so subtle as to be all but invisible) celebrated the work’s generous vocal writing. Gerald Finley created the role of Oppenheimer, and it’s a performance that now has a lived-in depth, bursting out of diffidence with calculated intensity for the John Donne poem Batter my Heart. Julia Bullock’s Kitty is cursed with many of the libretto’s more mawkish moments, but hers is a glorious, characterful voice whose charred lower register is an unexpected counterweight to her gleaming top notes. Jennifer Johnston (Pasqualita) stretched every inch out of Adams’s melodic arabesques, and Aubrey Allicock (General Groves) and Samuel Sakker (Captain Nolan) brought bluff directness to the army’s representatives.

It’s hard not to be moved by a work that closes with the desperate pleas of the people of Hiroshima and Nagasaki, but it’s an emotional pay-off that feels inorganic, superimposed. Doctor Atomic’s ungainly fusion of philosophy and documentary has all the ingredients of a hit, but it’s sometimes hard to find them in the muddle of worthy intentions and earnest execution.