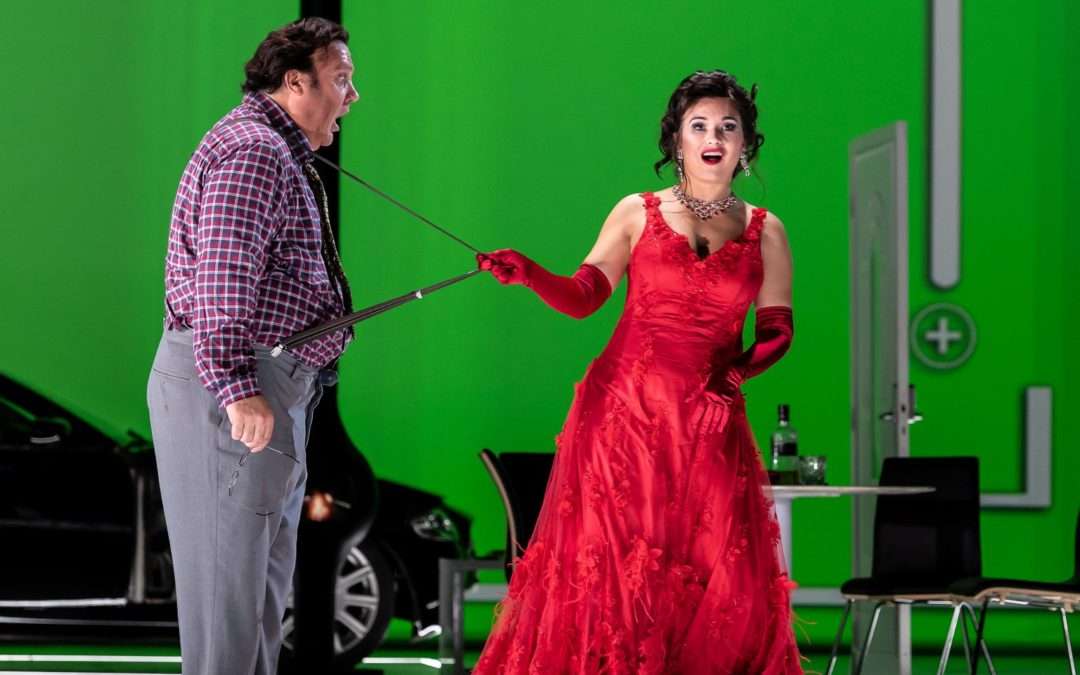 We are not meant to sympathise with Don Pasquale, the elderly rich gent who is the central character of Donizetti’s perfectly moulded comedy premiered in Paris in 1843 and an instant hit. In the Royal Opera rep it has now arrived very well cast (and staged with moderately straightforward simplicity by the talented Italian director Damiano Michieletto) from the Paris Opera, where the staging was created earlier this year.

It provides a perfect vehicle for Bryn Terfel as the elderly bachelor who takes a wife with the express purpose of disinheriting his nephew (because he disapproves of the lad’s choice of penniless bride). The nephew not surprisingly fights back with the help of the old man’s friend Dr Malatesta, who can see (and regret) Pasquale’s unreasonableness and unfairness to the young.

Terfel is a fine actor as well as a superb singer, and this interpretation is brought right up to date in Paolo Fantin’s wall-less representation of modern suburban living under a suggestion of a bungalow-roof achieved using striplight tubes. The follies which we enjoy and laugh at are never overdone. Terfel seems real and human, and space is left for the wounded feelings involved in the piece to register sufficiently and truthfully (the usual temptation being to overdo things: comic in capital letters).

Presenting Norina, the girl in question sung and played by Olga Peretyatko with sunny nonchalance and great musical charm, as a successful model being photographed by Malatesta against a green studio background (which later serves to suggest the garden scene where all will be revealed about the plot that teaches the old guy his lesson) does make one wonder how Pasquale managed to be so misinformed about the girl. Most parents would see her as an ideal match, especially for a youngster as gifted as Ioan Hotea is, with his fabulous high tenor timbre as bonus on top of the financial security he is expecting. But there is a delightful moist innocence about Terfel’s characterisation, while few gifted tenors suggest particularly intellectual peaks.

The extravagant spending by the bride is the occasion for most productions to go way over the top with consumerist nonsense (but not excessively here), and gives the chorus a bit more action. And Markus Werba’s singing and personality as Malatesta confirm these four artists to be one of those ideal operatic quartets not that easy to assemble in opera houses with no continuing ensemble tradition.

Evelino Pidò, conducting, has long been recognised as an ideal maestro in this bel canto repertoire, so one’s relish for the delights of such a marvellous and tuneful score are perfectly satisfied. Operatic standards down the road and at Glyndebourne as it goes on tour (at least in Rigoletto) may be at a generally low ebb. But after Kosky’s excellent Agrippina Covent Garden demonstrates assured leadership and an ideal example of how opera should be.