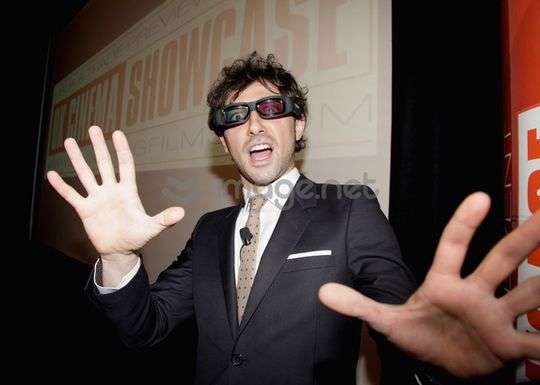 LONDON, ENGLAND - MAY 04: Presenter Alex Zane launches the Summer of cinema 2011 trailer at the opening of the UK Cinema Showcase event on May 4, 2011 in London, England. (C) Chris Jackson/Getty Images.

The FDA really pushed the boat out at their UK Cinema Showcase this year,
showing 14 films and staging four press conferences with stars including
Philip Seymour Hoffman for Jack Goes Boating (Trinity), Samantha Morton for
The Messenger (The Works) and Jodie Whittaker for first-time director Joe
Cornish’s delicious and dark horror film, Attack the Block (Optimum) about
what happens when aliens try to invade a south London council block where
hoodies rule OK.

Best film for me was Win Win (Fox), Tom McCarthy’s latest film starring Paul
Giamatti as a disheartened attorney, Amy Ryan and Burt Young, followed
closely by Soda Picture’s The First Grader, about a former Mau Mau warrior
(Oliver Musila Litondo) in Kenya who is entitled to free education and the
school teacher (Naomie Harris) who tries to give it to the old man. Directed
by Justin Chadwick (who was, aged 11, the boy Billy Casper in Kes),  it
touched all bases.

Apart from a great slate of films, the FDA also treated us to an excellent
supper in the Empire’s casino and an abundant lunch at Kettner’s.

I don’t think any of us found the event too arduous and I’m already
interested to see how they are going to top it next year!