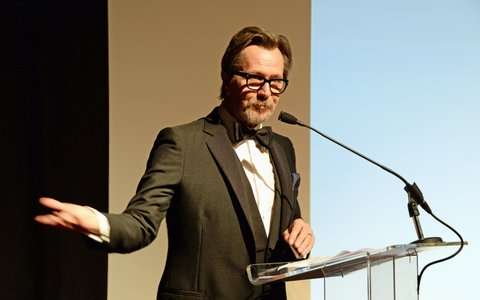 John Hurt and Andy Serkis at the after awards party.

Steve McQueen, director of Twelve Years a Slave, with Jason Solomons, chair of the Film Section, and his goody bag.

John Hurt, who presented him with the Dilys Powell award for Excellence in Film, applauds Gary Oldman