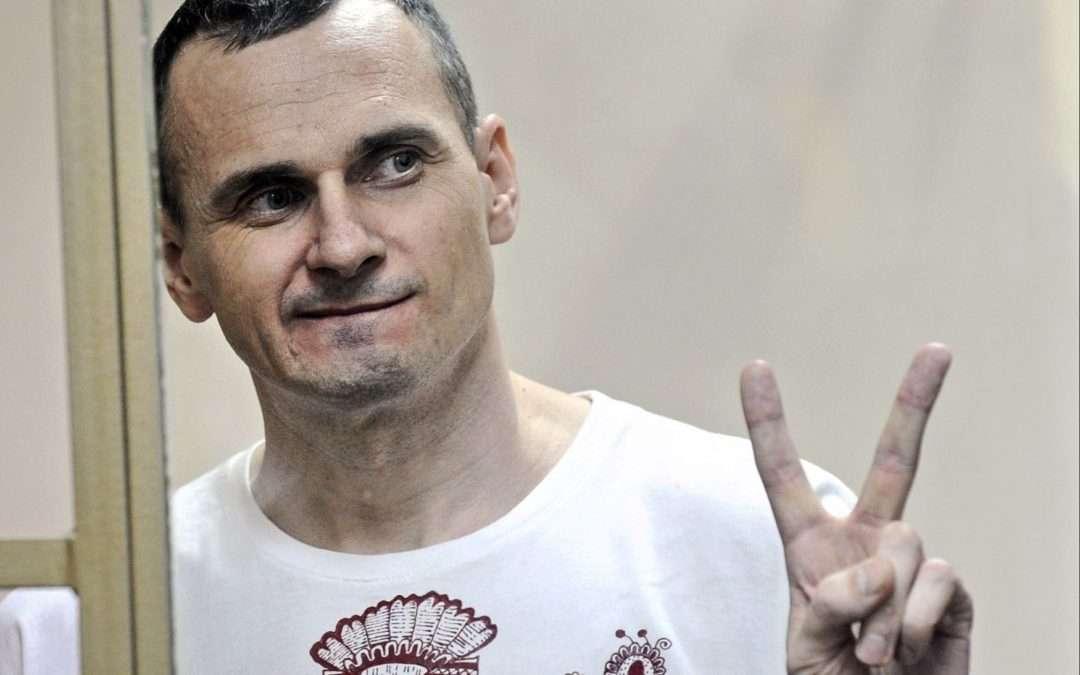 Oleg Sentsov, a Ukrainian writer and film director, was detained in Crimea in May 2014 and sentenced to 20 years in a Siberian prison on charges of terrorism on August 25, 2015. Appeals against the original verdict were rejected by the Russian Supreme Court in November 2015 and June 2016. A request for Sentsov’s extradition to Ukraine was denied in October 2016 on the grounds that he had become a Russian citizen upon Crimea’s annexation. He currently serves his sentence in Polar Bear prison colony No 8 in Labytnangi, in the Yamalo-Nenets Autonomous Okrug.

On May 14, 2018, the date that PEN International launched its Stage & Screen Circle, Sentsov declared an indefinite hunger strike, stating that “the one and only condition for its termination is the release of all Ukrainian political prisoners that are currently present on the territory of the Russian Federation.”

To mark writer and filmmaker Oleg Sentsov’s 100th day on hunger strike and following reports that he has been denied access to correspondence – including from his own family – PEN International and English PEN, in partnership with Save Oleg Sentsov, Amnesty UK, and the Belarus Free Theatre, delivered messages of support from all over the world to the Russian Embassy in London, urging the authorities to ensure that Sentsov is allowed to receive them.

Other supporters joining PEN International’s action include Tom Stoppard, Stephen Fry, Margaret Atwood and Yann Martel. Read their messages on the PEN International website. If you would like to join the Stage & Screen Circle please follow this link.

PEN International is a registered charity dedicated to defending free expression whether it be the written word, spoken word or filmed word. They promote literature, support writers in exile and campaign on behalf of imprisoned or at risk writers.