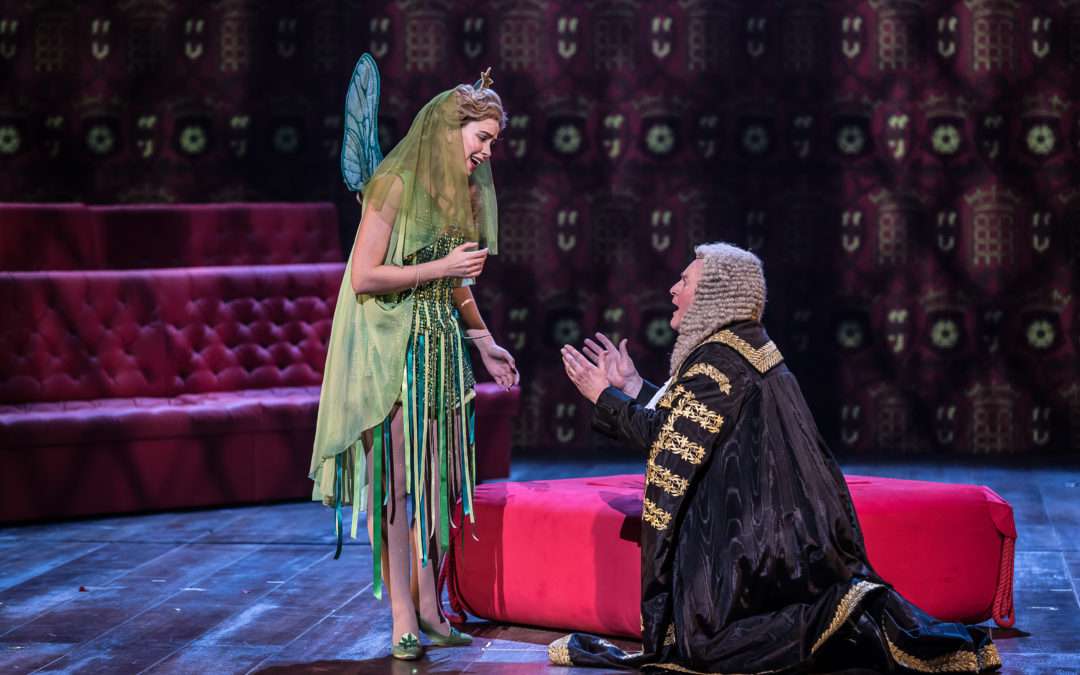 English National Opera has had mixed experience with Gilbert & Sullivan – apart from Jonathan Miller’s never-fading Mikado brilliantly (and very distinctively) designed by Stefanos Lazaridis. Who now remembers Ken Russell’s tedious Princess Ida staging? Why revive a feeble G&S anyway? At least Daniel Kramer, ENO’s unoperatic artistic director, has heard of G&S – and Iolanthe, which is one of best of their nine classic Savoy operas (and the first staged by Sadler’s Wells Opera after it emerged from copyright in 1962), is his choice for the “operetta slot” (as he calls it) in the current Coliseum season.

Keith Warner’s well-revived 1980s Scottish Opera production and Ned Sherrin’s Ratepayers’ Iolanthe (staged in 1984 as part of Ken Livingstone’s failed campaign against Margaret Thatcher) were both irresistibly hyper-energised romps. But few of today’s critics seem to have much experience of, let alone any feeling for, G&S. My own initiation was singing Mabel, the female lead in The Pirates of Penzance, as a choral scholar in 1957, having just lost my voice shouting at a house rugby match. Ivor Novello’s Perchance to Dream was more my taste as a kid – musicals without jokes, where nothing said matters. But I now love Gilbert’s texts and Sullivan’s modest slinky tunefulness – even if few of ENO’s cast play the game as two company veterans (Andrew Shore’s Lord Chancellor and Yvonne Howard’s Queen of the Fairies) can be expected to do. There’s a dearth of established ENO stars. For some years with John McMurray’s casting the company preferred visiting Americans to Brit regulars.

Paul Brown’s costume and set designs have little to do with Cal McCrystal’s direction, inevitably since Brown sadly died last November before rehearsals. McCrystal is more of an inserter of physical tricks, jokes and pratfalls than a director of acting, to which such things are at best light relief. Compared with Garry Magee’s unforgettable Strephon in the Warner production, a perfectly geared mix of camp and romance, Marcus Farnsworth is a dull nonentity. ENO’s Iolanthe is not about singing or acting, though there are a lot of wired fairies flying around in technicolour Victorian costumes. Barnaby Rea’s warm-up as an extended Private Willis at the start is regrettable, especially when reintroduced. Did McCrystal think so little of Gilbert? Ellie Laugharne’s Phyllis is very appealing and sings well. Samantha Price makes a muddled impression in the title role, but sounds nice.

Lack of focus or clarity about what is actually going on seems to be the mark of a wayward staging that counts on comedy inserts to take up any slack – rather than cooking and serving up the immaculate Gilbert raw material. After the longish interval, much appreciated on first night, things looked up a bit. Bens Johnson and McAteer as Earls of Mountararat and Tolloller were brilliantly aided by Richard Leeming’s victimisable pageboy in dire need of safeguarding. Fewer to handle on stage meant McCrystal’s aimless direction had less to cope with.

For all the pleasure of designer Brown’s would-be trad pictures, the very specific flavour of this great G&S opera somehow went missing almost entirely – including even Shore’s somewhat tired Lord Chancellor. There are still old theatre hands familiar with G&S out there – the odd experienced director. Well, your country (English National Opera) needs you, if anybody at ENO still has your numbers. Mr Warner, please!