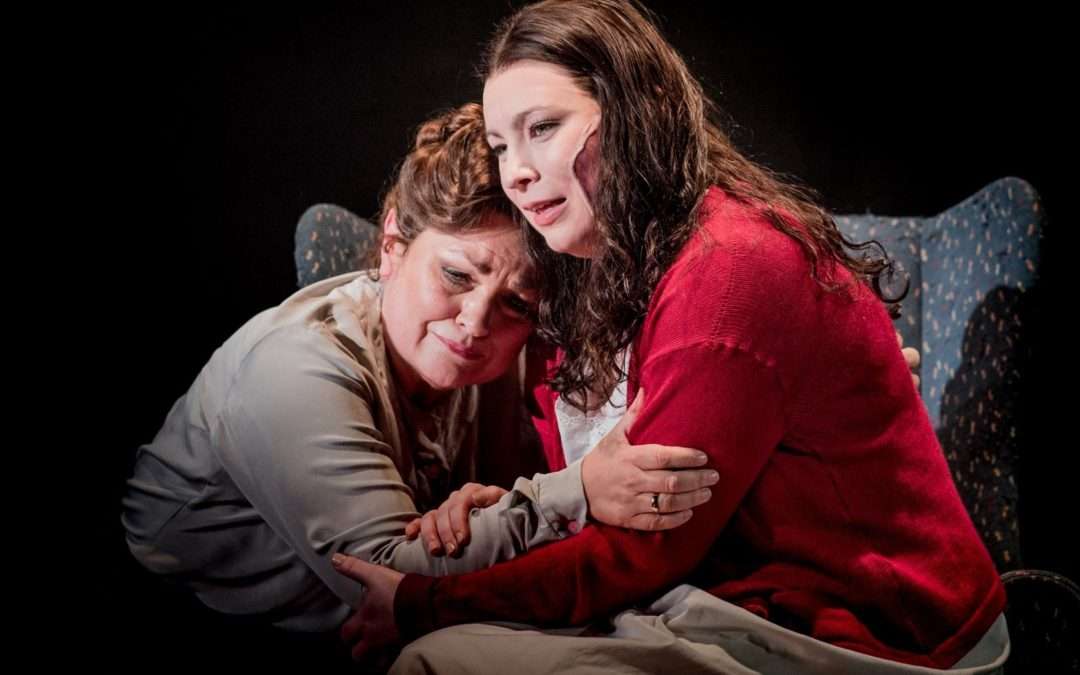 The picnickers are scattered over the manicured lawns, between the box hedges and against the ancient brick walls of the old mansion, anticipating a first-rate performance in Grange Park Opera’s purpose-built theatre. Just like last year… except the whole scene has been transported 50 miles across England. This is not the Palladian Grange in Hampshire, but West Horsley Place, inherited home of Bamber and Christina Gascoigne and new home of Grange Park Opera.

In under a year the stage had been set for GPO to transfer – seamlessly, as it feels to the audience – to a new home with a brand-new theatre, just awaiting its cladding and luxury lavatories (Wasfi Kani has only £3 million to raise now).

The Theatre in the Woods opened nine days ago, on 8 June, with a Tosca starring Joseph Calleja, and the second production of three (Die Walküre follows) is Jenůfa, the opera that guaranteed Janáček’s success.

The stifling, interior life of a poor village family was starkly presented in Katie Mitchell’s staging, designed by Vicki Mortimer, first seen at Welsh National Opera in 1998 and revived here by Robin Tebbutt. GPO attracted a superb cast for this domestic drama: Susan Bullock as a formidable Kostelnicka, Peter Hoare and Nicky Spence as warring half-brothers Laca and Steva, and Natalya Romaniw as an engaging Jenůfa. Anne Marie Owens was also touching as the black-clad grandmother, whose preference for the feckless Steva over his brother sets in train violent events including mutilation and infanticide.

Mitchell’s production showed with great clarity how powerless the women in this story proved to be – mere chattels of their male relatives. Susan Bullock – usually such a warm feminine presence – is icily implacable as she sees her daughter’s future ruined by a wastrel and is unable to prevent it. Her Wagner-sized soprano narrows to a snarl, then a whimper when the horror of her crime overtakes her. Natalya Romaniw sings Jenůfa with a girlish energy until, crushed by the loss of her baby, her voice takes on darker, rawer hue.

The smaller parts are well taken too: as Starék, the mill foreman Harry Thatcher is a sympathetic character and I enjoyed Heather Ireson’s cheerful, bossy Karolka. Clamouring like nosy neighbours, the big chorus crowded into the rooms and peered through the windows, increasing the sense of claustrophobia.

The BBC Concert Orchestra under William Lacey gave the appealing score as much love and attention as if it were a concert piece.

For a nine-day old theatre, yet to be finished, the acoustic and the atmosphere were surprisingly well-adjusted. You might say that, in spite of the upheaval, normal service has been resumed at Grange Park Opera.