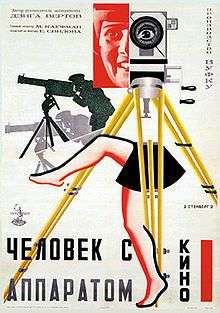 People with Guns is what the title means. © BFI

In May the BFI starts Kino showing previously unseen classic Soviet films directed by the likes of Sergei Eisenstein, Dziga Vertov and Vsevlod Pudovkin up to the contemporary director Aleksandr Sokurov whose film Russian Ark was screened in Britain in 2002. It is a fascinating list of films dating back to 1909 showing what inner-city life was like in post- revolutionary Russia. Many of them, like Bed and Sofa (1927) directed by Abram Room, which deals with the relationship between two men and one woman, and the housing shortage of the 1920s, were banned in Britain for being so outspoken and had to be seen under the protection of a film festival veil.

The programme includes Vavilon’s The New Babylon (1929) with a score by the young Shostakovich, Eisenstein’s The Old and The New (1929) which will be accompanied by a live score performed by the Elysian Quartet, and the comedy The House on Trubnaya (1928) by Boris Barnet about class distinction and survival tactics in 1920s Moscow.