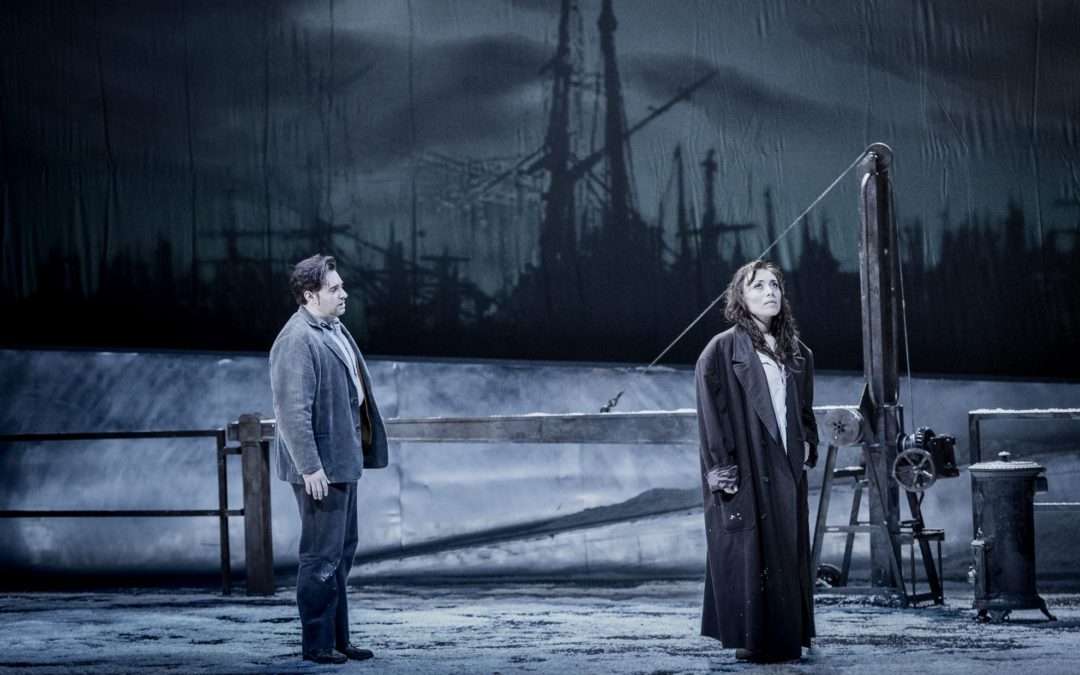 Annabel Arden’s 2012 staging of Puccini’s La bohème is revived by Caroline Chaney, with new principals (four of them making their Welsh National Opera debuts) and with Manlio Benzi, also a company debutant, having been passed the conductor’s baton by Carlo Rizzi.

Stephen Brimson Lewis has designed Parisian Bohemia as a grey mansard with an outline view of roofs to house the longing melodic lines of Acts 1 and 4. The bright, busy café for the bustling choruses of Act 2 was uncontroversial. But what about that sprinkling of cross-dressing clients? – was this about bohemian mores, a reminder of queer history in theatre and prostitution, or an allusion to Little Britain? Act 3’s verismo searching of shift-workers by customs officers at the Barrière d’Enfer needs no updating to achieve contemporary relevance.

The costumes suggest Puccini’s own time rather than that of the July Monarchy in which Henri Murger’s original Scènes de la vie de bohème were originally written and set. The lighting (Tim Mitchell) is unobtrusive until the dramatic spotlighting of Mimì’s death.

In the famous poor-blood-circulation aria, Dominick Chenes (Rodolfo) and Marina Costa-Jackson (Mimì) prove a charming couple. She is a little too bright-eyed and confident for the character and deliberately blows out her candle before knocking on his door. His voice has more bellow in it than the tender moment really wants. Nevertheless the onstage chemistry, without which this coup de foudretale falls apart, was there. He goes on to enact jealousy well and she to make a good job of suffering, sickening and dying – though the consumptive make-up latterly seemed a little heavy-handed.

Gary Griffiths is a likeable, hearty Marcello in both voice and manner; Lauren Fagan matches him as a commanding, combative Musetta. Gareth Brynmor John is a suave Schaunard. Jihoon Kim is a rather stiff Colline: perhaps that’s the characterisation he’s worked out with Chaney. Howard Kirk’s Benoit is appropriately unpleasant. Martin Lloyd doesn’t have many cards in his hand as Alcindoro, but he played them admirably, a case study in how to perform a cameo role.

Intonation was not always spot on and ensembles could occasionally have been tighter, but this is a great show.