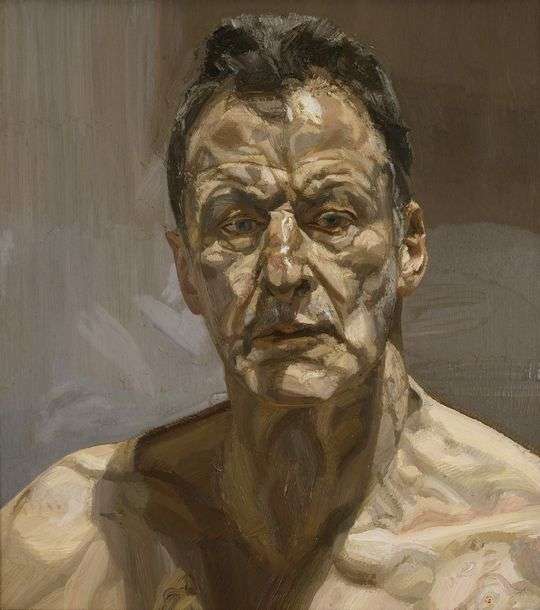 The most ambitious exhibition of Freud’s work for a decade, this stunning exhibition bring together over a hundred paintings, etchings and drawings and allows one to follow the artist’s development over his long career. Lucien Freud, who died last year aged 88, was involved in the creation of this exhibition so it is probably as near as possible to how he wishes to be seen.

The Brigadier’s view of his portrait is possibly much the same as the Queen apparently has of her one. In the TV programme on Freud he commented on the undone jacket and the brilliance of the red stripes in his pants, but otherwise was every inch the courtier.

The gathering together of the vast nudes he painted makes impressive viewing and you gradually realise that he seems to be seeing them as – or so the programme suggested – animals. He is not beautifying the sitter but trying to get at the essence of the sitter. Taken individually they are grotesque, unappealing, but as one follows the other what the painter is up to becomes ever clearer. Feet,hands, genitalia all fascinate him.

Look at the scene through the window – it is beautifully detailed, miles removed from the way he applies the paint when treating bodies.