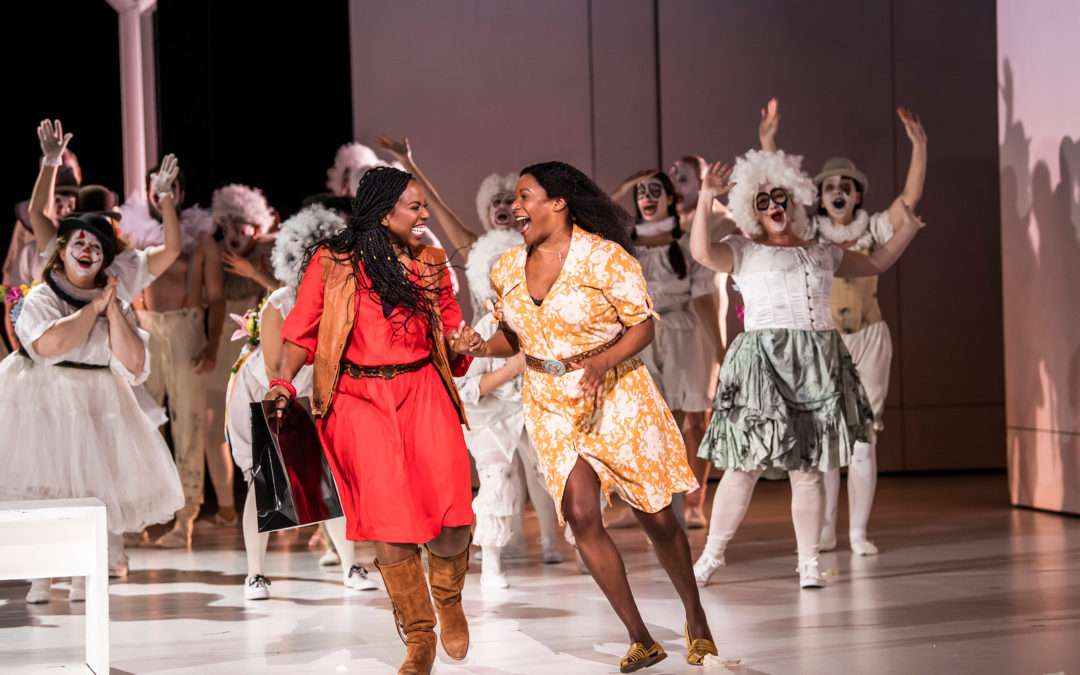 It is easy to see why Verdi was attracted to Schiller’s tragedy about the class system, Kabale und Liebe. A genius from the lower orders, Verdi believed in freedom and was classless. English-speaking critics patronise the Schiller play because of the poison lemonade that puts paid to its tragic couple, and because of its complex rewarding web of characters and motives. Verdi’s 1849 Luisa Miller simplifies things extensively and includes fine numbers, but is a less persuasive step forward than Nabucco, Ernani, or Macbeth. And Rigoletto, two operas later, was an astounding leap as Verdi’s first real masterpiece.

English National Opera’s cast and conductor serve Luisa Miller well. Alexander Joel, having previously conducted it in Braunschweig and Hamburg, knows all its beauties and qualities and brilliantly makes the best possible case for it. He is a maestro totally at home in the opera pit. And leading the cast irresistibly, Korean tenor David Junghoon Kim as Rodolfo sang and acted thrillingly – with excellent singing too from James Creswell’s Count Walter and the towering Soloman Howard as the Count’s agent Wurm, outstanding bass voices impeccably deployed.

Christine Rice as the mezzo Federica also delivered beautifully, though her role is a pale shadow of the never-seen Prince’s English mistress in the Schiller play. But Icelandic baritone Olafur Sigurdarson as the old soldier Miller, a plum role, was less impressive than the two basses. And Elizabeth Llewellyn in the title role, despite bringing warmth and devotion into play, on too many occasions offered a somewhat unfocused, almost flabby tone though she has a powerful soprano. One is grateful for singers of such quality at ENO. But memories stretching a few decades back must regret the lack of an ensemble and the raging cut in ENO’s tally of performances. ENO could once boast four Violettas in its ensemble.

In vocal terms the cast served nobly Verdi’s sadly muddled and flawed work. But the story, however bowdlerized by Verdi’s librettist Cammarano, spotlights the parental relationships of the two main characters. So one had to work one’s imagination or acceptance that in this stage reality neither child could in fact belong naturally to either parent. Casting classic plays and operas “colour-blind” has many and varied motives. I saw Grace Bumbry as a memorable black Venus at Bayreuth in 1962, nearly 60 years ago. The extreme vocal demands of great opera singing have meant there has never been a colour-bar for stars.

But colour-blind casting does draw attention to itself when a story is so clear – and in terms of cinematic realism in the film-world this would not happen, because it wouldn’t make sense. Even opera sometimes must make sense. However, with the evident inadequacy of Barbora Horakova as director of ENO’s production, this Luisa Miller was a meaningless non-starter from the opening scene on, with its hyperactive chorus prancing and posing (choreography James Rosental) all over the set  in a medley of perversely everyday costumes, and returning regularly throughout the piece to annoy and mystify. Evidently, with the main performers Ms Horakova had not done any meaningful directing at all, leaving them more or less to their own variable devices. Seldom has ENO shown such pathetically inadequate theatre-work.

Perhaps Ms Horakova (as assistant to Calixto Bieito re-staging his shows exactly as he made them) has never had to think for herself. But for her own shows she actually needs to direct the performers, which is a subtle mission. What a waste of an opportunity! What a hideous, simple, mostly white, folding set by Andrew Lieberman too, with the worst of all Eva-Maria van Acker’s costumes being the thin, too-short and ugly frock in which Ms Llewellyn had to perform: near criminal neglect. Never again, please.