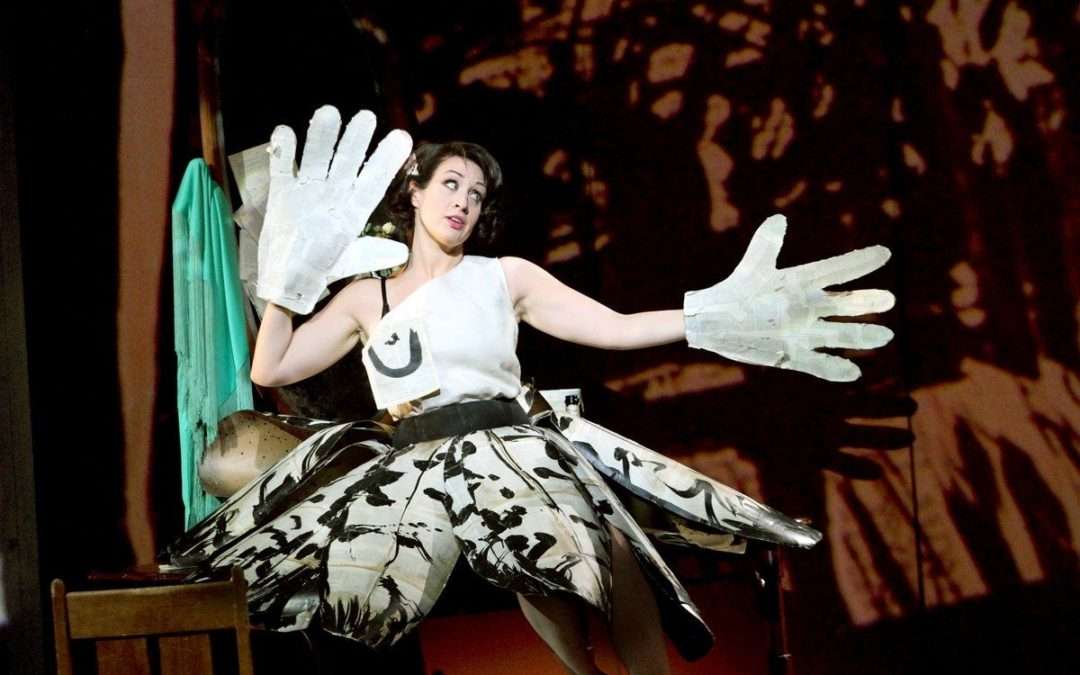 Having adapted Georg Büchner’s Woyzeck for opera early in the 1920s, Alban Berg turned at the end of that decade to another revolutionary feast of sex and violence in the shape of Franz Wedekind’s Erdgeist and Die Büchse der Pandora. The result was an unclassifiable romp. The prologue features a circus animal trainer (here David Soar, later returning as the self-obsessed, blackmailing athlete) who describes the dramatis personae as a menagerie. The evening goes on to show us the aristocracy, the bourgeoisie, the working class and the underworld and their interconnections.

Lulu’s cast of named parts is enormous but, as they are a parade rather than a crowd, doubling is built in. The eponymous heroine is on stage for most of the show, and even when absent she remains the sole topic of conversation. Soprano Brenda Rae is at her best when realising Lulu’s eroticism, the aspect on which this production focuses. The child-like side of the role is less prominent, which is a shame. Her tellingly fearful reaction to her first husband’s dead body (Ralf Higgins in perhaps opera’s briefest role – enter, cry, die) is underplayed in this production. Higgins rejoins as the First Client, where (with even less to say) he makes a real impression on the audience. He was a wonderful example of tiny roles used to excellent effect.

Sarah Connolly’s tragically besotted Countess Geschwitz is well-judged and well-sung; the design steps straight out of Otto Dix’s portrait of journalist Sylvia von Harden. James Morris is an excellent obsessed Dr Schön, though his final-act Jack the Ripper lacks purpose and could do with a costume change to avoid audience confusion. Nicky Spence does his best with Alwa. He sings wonderfully but the role remains an unsympathetic one; here he is costumed and directed as a limp overgrown schoolboy in a sleeveless cardi. Willard White is a mysterious and disturbing Schigolch. Michael Colvin is a very convincing painter-admirer-second husband.

Dynamics and balance were sometimes an issue. Was it the power of the orchestra, something acoustically unfriendly about the scenery, or just first-night nerves? More than one of the singers had passages where they seemed to be punching below their weight. But the orchestra under Mark Wigglesworth was triumphant, the wind section particularly outstanding. The second act was especially warm, rich and beguiling, a world away from the chilly stereotype of dodecaphonic music. This performance highlighted how Berg’s music comes out of the same chapter as Strauss and Weill.

Director William Kentridge and his designers (Sabine Theunisse set, Greta Goiris costume, Urs Schönebaum lighting) have taken the theatre-of-cruelty road, entirely reasonable in this opera. On top of the physical scenery is a continually running sequence of overlapping slides and video clips (video designer Catherine Meyburgh, video controller Kim Gunning). These show drawings and Rorschach tests being endlessly pencilled and inked onto typeset pages. This will annoy some people as a distraction; but its interaction with the music, drama and characters is thought-provoking and exciting. In addition to this, a slow-moving flunky (Andrea Fabi), variously servant, scene-shifter and hat-stand, threads through the action in apparent imitation of the Addams family’s butler Lurch. Also silent and on-stage throughout is Joanna Dudley, who poses first at the piano, then on it and then cantilevered off it. Her appearance echoes Louise Brooks, who played Lulu in film versions. In addition, the multiple layering of sound and image continually plays with the complicated layering of Lulu’s nature, and also with the story’s own history as book, play, film and opera.

With three hour-long acts and a brace of intervals, Lulu makes Wagnerian demands on the audience. This production (in which the New York Met, Dutch National Opera and Teatro dell’Opera di Roma are also shareholders) commanded pin-drop, undivided attention and ecstatic applause.