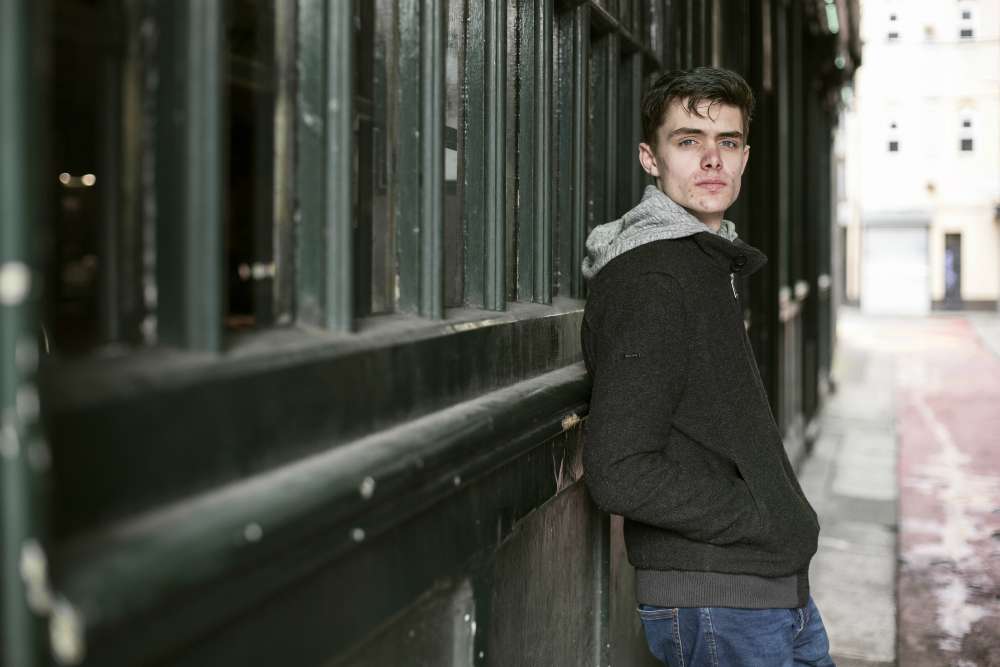 Mansel Stimpson writes about an Irish film that confronts truths about the bad influence that prison can have.

The tone established by writer/director Frank Berry is enormously important here. Michael Inside is, as the very title suggests, a film about being in prison and as such it could easily have emerged as just another crime story with the drama pumped up in a way that we have seen many times before. But instead, by eschewing any sense of dramatic enhancement in favour of unforced, even subdued naturalism, Berry has created an involving work that strikes home as a deeply-felt criticism of the adverse effect that prison life can have on those unlucky enough to be sent there although quite lacking in any real criminal mentality.

The titular figure is Michael McCrea (Dafhyd Flynn), a teenager who lives with his grandfather, Francis (Lalor Roddy), in a Dublin estate that has a bad reputation. His father is in jail and his mother dead of a drugs overdose and he himself is not without a police record having been apprehended as a passenger in a stolen car. But now he ends up in prison for the first time when the police charge him over possession of cocaine which he had been holding on behalf of a friend involved in a deal. Even the police recognise that Michael is not the drug-dealing type, but he feels duty bound not to betray his friend to the authorities and a judge (a woman heard more than seen, an original touch characteristic of the film’s style) decides that he needs a short, sharp shock: hence a sentence of three months.

Michael Inside shows convincingly the bullying and violence that flourish inside prisons today and sees Michael being set upon and subsequently being both aided and used by a hardened inmate (Moe Dunford). Meanwhile we see how the grandfather is subjected to threatening demands for compensation by a trio of dealers who blame Michael McCrea for losing possession of the cocaine from which they were due to profit. Later the film builds vividly on that to show how somebody basically decent but living in such an area is likely to be trapped after release from prison into the life-style that he has tried to resist. Such places, like prison itself, toughen because only the tough survive, but it is a process that comes at a terrible cost to anyone genuinely wanting to find a better life.

Admirably acted, especially by Flynn and Roddy, Michael Inside comes across as a small work but a compelling one all the stronger for resisting melodrama. It is not easy to imagine anyone viewing this film and not coming to the conclusion that prisons ironically and tragically often encourage and foster the criminal tendencies that they are supposed to check.