Notes From the Dream House 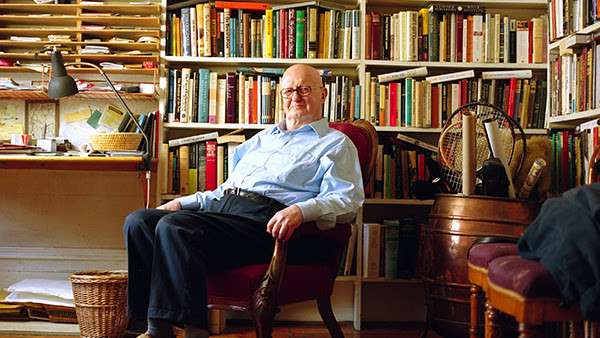 As the British Film Institute launches the Philip French Collection as part of its library, Carcanet Press is publishing a volume of hand-selected reviews spanning half a century. Marianne Gray writes… 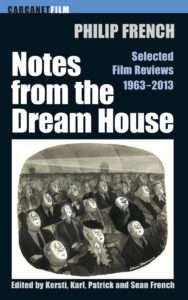 This volume of a selection of 50 years of Philip French’s reviews is a truly joyful reference book to read. Full of quirks, interesting reviews packed with information and some delightful opinions, it is an absolute pleasure. Any page you hit on shows how articulate, erudite and perceptive he was with his huge knowledge of the cinema and also of historic background.

French wrote movie essays, interviews and reviews from the early 1960s, and from 1973 to 2013 he was the film critic for the Observer. He wrote or edited numerous books, was on juries around the world, was honoured with several fellowships and an OBE in 2013 but none of these accolades stand out against his compelling style, whether he was writing about Sergio Leone’s Once Upon a Time in the West or David Lynch’s Mulholland Dr.

Selected by his family, they have chosen just a few reviews per decade, starting with The Damned in 1963 to re-released classics Bonjour Tristesse & Plein Soleil in 2013. Reflecting a lifetime in film, it is a very personal insight into a man who never tired of the enticing world of celluloid, screening rooms, actors, stories, directors, locations, edits or audiences. He described himself as a lifeguard stalking the cinematic coastline, and he took his reader with him on some fascinating coastal stalks.

The French family reckon the 120,000 words they have chosen for this book represent only a small fraction of his output. French is still encouraging the reader to dig deeper and settle back into their film-watching seat in the Dream House with boundless curiosity and enthusiasm.

Notes from the Dream House is published by Carcanet Press, £19.99
www.carcanet.co.uk