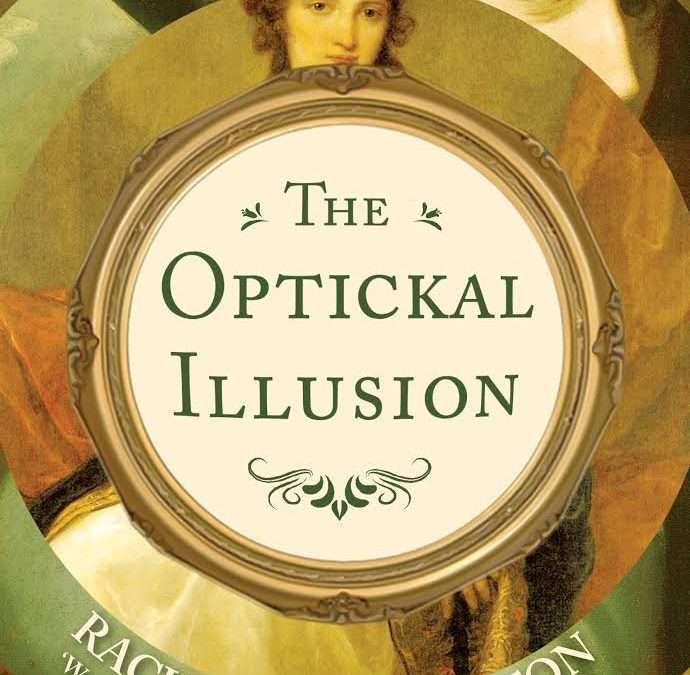 Published by Duckworth Overlook at £16.99, 382 pages
There is no question that the most hyped first novel of 2018 is Mrs Hancock and the Mermaid by Imogen Hermes Gowar. While that historical novel is undoubtedly a fine work by a prodigious new talent, a strong case could be made to propose that Rachel Halliburton’s The Optickal Illusion is every bit as good and, depending on taste, even better.
Set in Georgian England during the second half of the 18th century, for the most part its last few years, the book draws on real people and situations to explore the mysteries of the art world and human foibles.
At the centre of a purported scandal is American painter Benjamin West, a confidante of King George III and controversially the first artist to depict live people in contemporary dress rather than togas. Today, he is probably best remembered for The Death of General Wolfe. At the time that this story unfolds in the second half of the 1790s, he had long been resident in London and was an increasingly unpopular President of the Royal Academy, following in the footsteps of Sir Joshua Reynolds.
If Ms Halliburton’s prognostications are correct, London had every right to be suspicious of an artist lacking in humility. The plot turns on a mysterious literary manuscript, which purports to be a document that outlines Titian’s secrets with particular reference to his use of colours to enhance artworks in a manner so wondrous that it could almost be mistaken for the art world’s equivalent to alchemy.
Their discovery pits Mr Provis, verger to the Chapel Royal in the reign of the insane George III and his 17 year old daughter Ann Jemima, something of an artistic prodigy herself and certainly a young lady wise beyond her years against an establishment star who frequently had the ear of the King himself, so close to the monarch that he was the first person to identify signs of incipient madness. Before the closing stages, not only is West in thrall to the power and their “method” inherited from a grandparent with Venetian connections but so are almost all of the other high-flying scions of the Royal Academy.
Rachel Halliburton has written an intellectual thriller set around the worlds of the nobility and the arts that should be a real winner for a number of reasons.
First, it is exceptionally well written. Secondly, for readers with an interest in but not totally steeped in art history of the period, it is fascinating and very revealing about the leading personalities of the Royal Academy just before the start of the 19th century, generally well fleshed out as credible personalities, but also art technique. It also features guest appearances from the great and the good of the era for those who like their gossip.
This reviewer is not qualified to comment on the quality of what looks like very thorough and detailed research into the world of art but The Optickal Illusion is undoubtedly a well-written, gripping first novel, which should immediately mark out Rachel Halliburton as a rising star who might already be in line for some award nominations later in the year.
To add to the appeal, Rachel Halliburton is a member of the Critics’ Circle Drama Section.