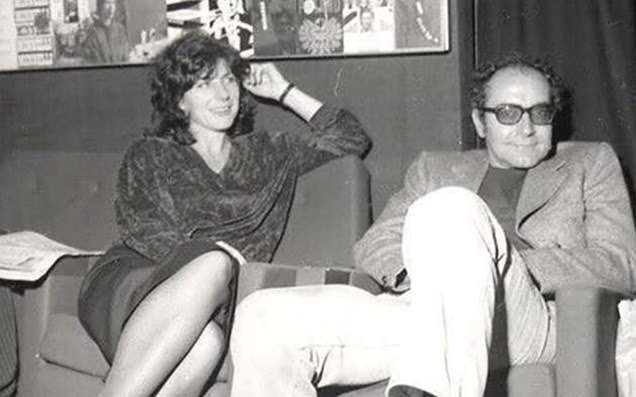 A great lady of the cinema

Film critics enjoy film festivals, but one of the snags is that at them you may see many films that will never be seen back home as no distributors take them up. The contribution of Artificial Eye, the distribution company founded in 1976 by Andi Engel and his then wife Pamela was one of the wonders of the age – in the decades during which they ran the company the list of directors whose work they distributed is dazzling. When Andi Engel died in 2006 Shiela Whittaker, the former director of the London Fiom Festival said of them that they had “embarked on an odyssey of distribution and exhibition unlikely ever to be surpassed.” Of Andi she said that “generations of people had had their horizon’s widened by his passion, enthusiasm, commitment and sheer doggedness in taking risks.” It is a verdict that applies to Pam too.

Born Pamela Balfry in 1935 she entered the world of film as secretary to Penelope Houston, then editor of Sight and Sound, and moved on to work for Richard Roud at the London Film Festival. After she married Andi Engel they set up Artificial Eye and although the marriage did not last the working partnership did for some 30 years. She went on to marry Robert Besson, who also worked for the company, and after it was sold to Curzon in 2006 they set up a new company called New Wave Film, and Andi returned to his native Germany with a new partner.

The Andi-Pamela double act was a festival fixture for years – he was idiosyncratic and passionate, she was glamorous and always on the go. The list of directors they introduced to British audiences is endless. Names include Krzystof Kieslowski, Eric Rohmer, Alain Resnais, Robert Bresson, Marguerite Duras, the Taviani Brothers and Patrice Chereau; films include Werner Herzog’s Fitzcarraldo and Chen Kaige’s Farewell My Concubine, the first major Chinese film to be released here, as well as one of their biggest box office successes Jean-Paul Rapeneau’s Cyrano de Bergerac and Michael Haneke’s Hidden. But the directors were not all European. Todd Solondz’s Welcome to the Dollhouse and Kevin Smith’s Clerks were among their films.

They also set up and ran four splendid cinemas in London – the Lumiere, Chelsea Cinema, the Camden Plaza and the Renoir – to showcase their films. As for British directors, they distributed Anthony Minghella’s films and Ken Loach’s Land and Freedom. Everyone who loves cinema is in their debt because over the years they brought to audiences films they would otherwise never have had the chance of seeing.