Pantomimes: Their demise was reported but they are alive and well 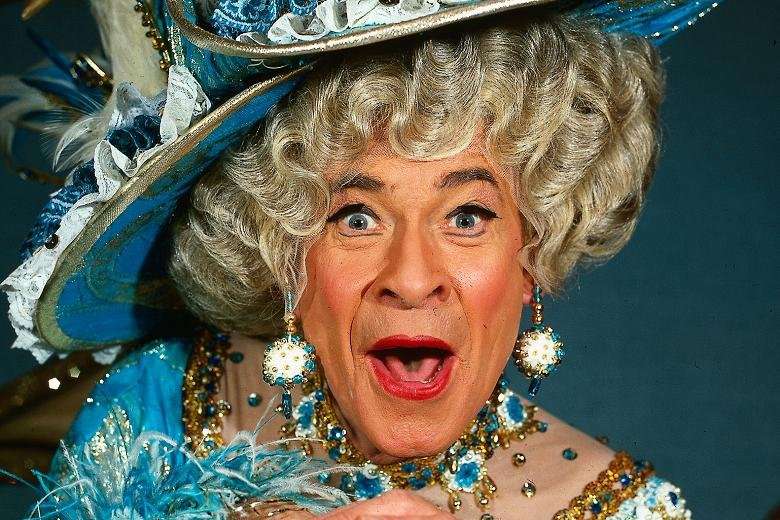 Stanley Baxter in his prime.

Pantomimes are in full throttle at the moment, the theatrical art form once in danger of disappearing is alive and well –  if not in the West End of London. The Palladium pantomime is no more. London has other pantomimes, although there is more to theatre than what gets staged on Shaftesbury Avenue or on the South Bank. Pantomimes also come in all shapes and sizes from the gargantuan to the miniature, from the madly gay to those aimed purely at the under twelves, from those starring clapped out American celebrities playing minor roles for about fifteen minutes of the running time, to those starring bona fide local comedians as the dame – although even they get backed up by on the way down pop stars as principle boy – oh for the great days of Pat Kirkwood and Dorothy Ward   all sheer tights and great legs – and the odd fugitive from Strictly Come Dancing playing fairies. Who would have thought Anne Widdicombe would end up with a wand instead of a peerage! And there are adult pantomimes, an excuse to be as politcally non correct and filthy as it is possible to be in mixed society.  As to who is the best dame ever opinions vary. Scotland came up with Stanley Baxter, but he was but one of a great tradition which included Harry Gordon, not a name to conjure with today because he was before television whereas Baxter reigned there too. There is Clive Rowe out at Hackney, who is said to be London’s current best dame, challenged for that title by John Savournin at the Kings Head, one in a traditional tale locally focused, the other in a boutique panto, which means small cast doing lots of roles. There are stories dolled up as pantomimes which are not pantomimes at all – Peter Pan has fallen victim to that trend, to be regretted as it is actually a perfectly serious magical play which does not need to be bowdlerised. The lavish version in Aberdeen manages not to say who is playing Peter, Wendy or Hook on the posters but introduces us to the admittedly great Elaine C Smith as somebody called Magical Mermaid while Smee has a wife played by Alan McHugh. Barrie may well be birling in his grave especially as in Glasgow Hook is played by David Hasselhof and those celebrated swingers the Krankies, who seem only to emerge from hibernation in Australia it seems come Christmas, are also in the cast. Glasgow also has Reb C Nesbitt as Hector the Henchman in Snow White – he should have played the Queen surely – while Milton Keynes has Priscilla Presley as the Genie of the Lamp in Aladdin. Jack is climbing his beanstalk in Birmingham, Matthew Kelly and his son Matthew Rixon are playing the Ugly Sisters at Richmond, Torville and Dean are gracing Cinderella in Manchester, Bobby Crush is Widow Twankey in Aladdin in Bromley, Lily Savage may not be around but is playing Fairy Godfather I kid you not in Cinderella in Birmingham with Bradley Walsh as Buttons but no mention of who as the girl with the glass slipper, while Katie Price is in Sleeping Beauty in Woking. In other words in pantomime all human life is there toiling often two shows a day until variable dates in January. It is very hard work, albeit rewarding. Hackney’s Rowe asked how he would spend Christmas, said alone at home resting he would be so tired from his exertions in the weeks leading up to the reason for the shows in the first place.