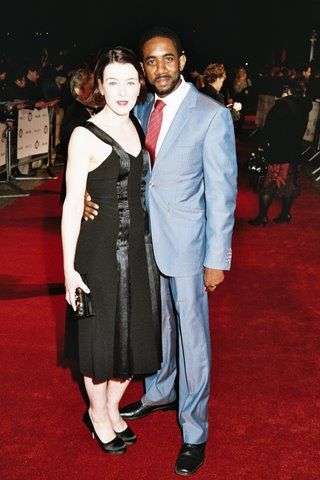 Olivia Williams and her husband, actor and director Rhashan Stone on the red carpet. © Scott Myers

A selection of pictures taken at the Critics Circle Film Awards held at the BFI Southbank for the first time in February 2011. The event was in aid of the BFI archive fund which is planning to restore some early Hitchcock silent films. It was a glittering occasion and the first time the wards had been held in their present format outside a West End hotel. One advantage was that the old National Film Theatre frontage allowed the set up of a really impressive red carpet approach so that the star guests were able to make an entrance past the assembled press and television crews.

Monarch of all he surveys

Colin Firth winner of the Best Actor for The King’s Speech. © Scott Myers

Olivia Williams, winner of the Best Actress award for The Ghost. © Scott Myers