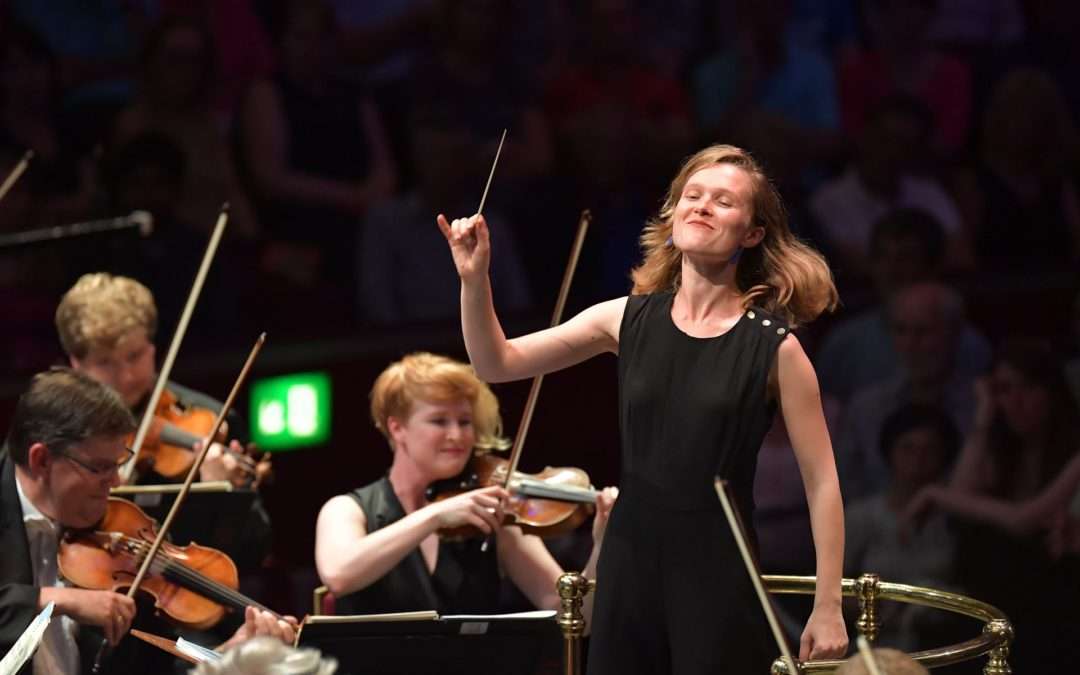 After a bouncy little encore from The Sleeping Beauty, conductor Mirga Gražinytė-Tyla stepped forward and shouted to the audience: “See you in Birmingham!”

Symphony Hall should be full this season on the strength of this, her second concert as music director of the City of Birmingham Symphony Orchestra, and first Proms appearance. The buzz that surrounded the London debut of the slight, determined 30-year-old Lithuanian conductor was fully justified: her effect on the orchestra is electrifying, very differently from that of her predecessor, the more laid-back Andris Nelsons. She has firm ideas of what she wants – pace and definition – and the orchestra eagerly complies. From the opening bars of the overture to The Magic Flute the energy flew from her baton like a rapier and the orchestra replied with punchy chords fresh from the page. She leaned in to the cellos, urged on the trumpets and, having whipped the orchestra into a frenzy, stopped them dead in their tracks to produce shocking silences.

The spotlight moved to another exceptional musician, soprano Barbara Hannigan, giving the London premiere of a song-cycle written by Hans Abrahamsen with her talents in mind. let me tell you takes elements of Paul Griffiths’s novel of the same name, based on the words spoken by Shakespeare’s Ophelia, and weaves them into a three-part monologue reflecting another version of Ophelia’s story. Time, memory, passion all are depicted in fragments of melody returning in different timbres. The orchestra is large but the palette spare: flutes duet in microtones, the celesta is joined by marimba and xylophone. All is strange and unsettling, with huge jagged intervals in the vocal line punctuated by the high glassy notes that Hannigan spins so beautifully. Part III, in which she walks out into the snow, contains a series of pinpointed top As. The movement, like snow, descends and settles into a breathtaking vision of eternity that recalls Mahler’s ‘Ewig, ewig’. I look forward to hearing let me tell you in a more intimate acoustic than that of the Albert Hall.

Orchestral detail was also hard to hear in Tchaikovsky’s Fourth Symphony, especially in the pizzicato Scherzo, though Mirga injected the outer movements with drama, colour and dynamic contrast. At some moments her body is tense and her beat is almost rigid; at others she uses a fluid arm movement that makes the sound open and close like bellows. Sometimes her speeds are risky, sometimes she loses the narrative arc, but the result is always musical, intriguing and above all, energizing. The performance heralds a bracing new era for the CBSO.