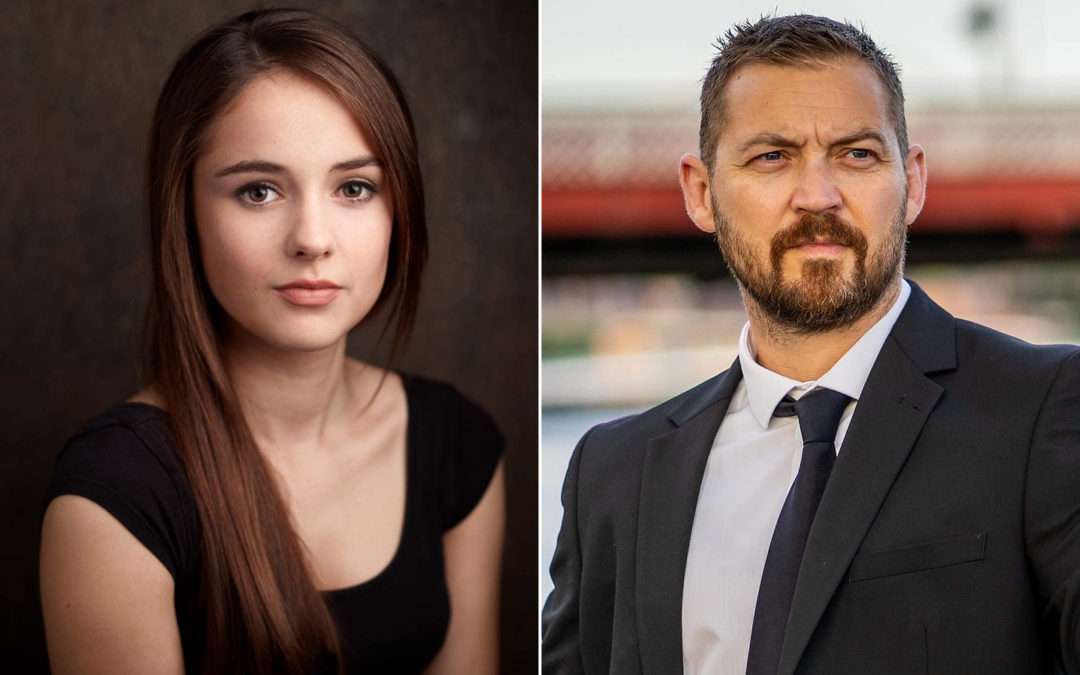 The London-based media group Dover Street Entertainment returns as headline sponsor for the awards, which will be held for a seventh year at The May Fair Hotel.

British actors Molly Wright and Lee Shone will announce the nominations for the 39th London Critics’ Circle Film Awards at a lunchtime event on Tuesday 18th December at The May Fair Hotel. The critics received their ballots this week, with all films released in a UK cinema between mid-February 2018 and mid-February 2019 eligible to be nominated.

Molly Wright is best known for her work as recurring characters on the BBC television dramas The A Word alongside Christopher Eccleston and Our Girl with Ben Aldridge. She made her feature debut this year in Daniel Kokotajlo’s acclaimed drama Apostasy. Wright said, “With such an inspiring year in film, I’m excited to see the nominations and I’m honoured to be announcing them on December 18th.”

Lee Shone was one of the first MMA fighters in the UK, then launched an acting career, starting with a role in Ron Scalpello’s 2017 crime biopic My Name Is Lenny. He has three films in production, and recently voiced a character in the videogame Death Race: Beyond Anarchy. “I am so excited to be involved with this year’s Critics’ Circle Film Awards,” Shone said. “I think it’s a fantastic organisation and I am really looking forward to the event.”

Returning as headline sponsor is the London-based media group Dover Street Entertainment. The event is also sponsored by The May Fair Hotel, and talent agencies Millbank and Cooper Searle are also on board as sponsors for a third year. In-kind sponsors include Mionetto, which will provide prosecco for the pre-ceremony reception on 20th January, while Rémy Martin and Sacred will offer their signature cocktails for the after-party.

Graeme Scott and Kathy LoPrimo, co-founders of Dover Street Entertainment, in a joint statement said: “Dover Street Entertainment is honoured to be sponsoring the prestigious Critics’ Circle Film Awards. We consider ourselves to be storytellers and we are very proud to be part of an event that celebrates that achievement in both the UK and internationally. As an organisation we hope to continue to support those who strive to tell the stories that need to be told.”

Rich Cline, chair of the Critics’ Circle Film Awards, commented: “Our awards stand out from the crowd because they are chosen by people who watch all of the films released in Britain every year. The ceremony is an integral part of the annual awards-season conversation and has consistently highlighted film achievements that may be overlooked by other groups. I am also delighted that we’re returning to the intimate, five-star glamour of The May Fair Hotel for a seventh year. The team there has been integral to our event, and we look forward to working with them to put on another great evening.”

Botho Stein, The May Fair Hotel’s General Manager, said: “We’re excited to host and welcome back our friends from the Critics’ Circle Film Awards for the seventh year running. The Critics’ Circle Film Awards are often seen as a notable precursor to the other major awards that follow. They compliment the dynamic style of The May Fair Hotel, and we cannot wait to welcome the best of the worldwide film industry’s talent to the hotel in January.”

The 39th London Critics’ Circle Film Awards ceremony will be held on Sunday 20th January 2019 at The May Fair Hotel. The red carpet event is expected to attract a host of stellar British and international film talent. The awards are presented by the 155-member Film Section of the Critics’ Circle, the UK’s longest-standing and most prestigious critical organisation.