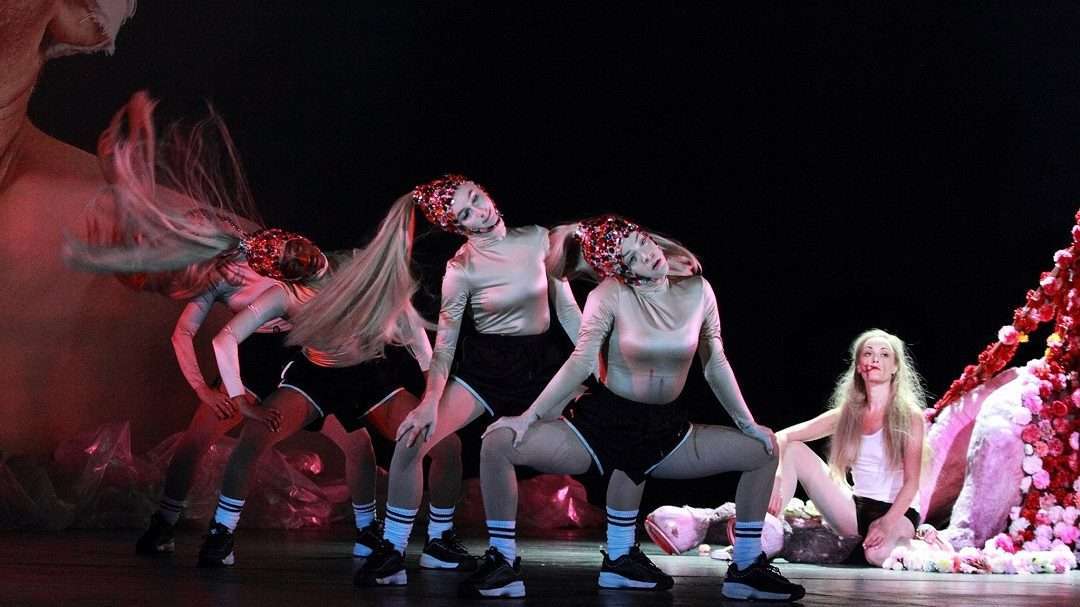 The cast in ENO’s new production of Strauss’s biblical opera are on good form. Stuart Jackson’s Narraboth rings out in the opening scene. The eponymous Alison Cook’s voice is not used to ring out but to extremely dramatic effect as the girl caught up in a world in which she has to tread carefully. We don’t actually hear a lot from Susan Bickley’s Herodias, but the visual and vocal contrast with her daughter plays well.

Michael Colvin’s Herod is effectively unpleasant, though directed and designed to be unnecessarily undignified and clown-like. Recent months have dramatised how monarchical the world’s powerful can be even when charged with the kind of offences written into Herod’s script. One counterintuitive oddity was that the amplified voice of the imprisoned off-stage Jokanaan (David Soar) seemed strained, something the unmediated voice was not when he was actually in front of us.

Martyn Brabbins conducts the ENO orchestra in a score richer than any feast Herod could have served up to his guests.

Adena Jacobs’ production picks up acutely on certain elements of the 1905 opera, one of these being obsessive scopophilia. Narraboth is reproved from the outset (by Clare Presland as the page) for watching Salome. Salome leaves a banquet to escape Herod’s obsessively watching her only to begin watching Jokanaan herself, while being filmed by an increasingly unhinged Narraboth. Jokanaan has a face-mounted camera filming his mouth, the image being projected live onto the back of the stage creating an image combining Beckett with Jenny Saville. Given Salome’s repeated desire for the kisses of this mouth, the focus is entirely justified; more importantly, it works well visually.

By contrast with all this visual ferment, when Salome has banked the promise of unlimited reward from her stepfather and it’s time to dance, she largely poses with a baseball bat in gyration-free stasis. For a time four other women danced around her, beginning as cheerleaders and ending grouped in copulation mimes (choreographer: Melanie Lane).

Presented with the (unseen) severed head in a supermarket carrier bag, she allows stage blood to drool down her front as though the pot of sweet and sour sauce had leaked in the bag on the way home from the take-away. This is part of the continual exploration of disorder and unpleasantness and rejection of the exotic – again, reminiscent of Saville.

Much of this stage business and design plays well. Some ideas are more dubious, though these things are a matter of taste.

The imprisoned Soar is found lying under a large plastic sheet with what looks like a sunbed hanging over him; the totality recalls the confections of Young British Conceptual Artists of the early 1990s. Its tube lights form part of the running conceit of the contrast between light and dark (lighting designer: Lucy Carter). This begins in the opening scene, which is largely played in the dark with the cast in black or dark grey costumes. There is some further use of horizontal lighting and shadows.

Why was Herod dressed as Father Christmas? Ah, because he starts offering Salome presents when trying to persuade her to dance. Why is there a puddle of blood on stage? Ah, that would be because of the various deaths coming down the track. And the oversized butchered quadruped: banquet or temple sacrifice? Why is blood associated with flowers: a 17th-century-style pun on menstruation? When the film of Jokanaan’s mouth turns through 90 degrees, is that a technical hitch or a deliberate step to change the gender associations of this labial CCTV? Why does Jokanaan wear pink high heels? Who are all the non-singing characters and what are they achieving? In another YBA image, one of them dips in scene 1’s tank of water (there is a reprise later): Salome’s bath time, John baptising or Herod waterboarding? As is often the case in directors’ theatre, there’s no shortage of things to think about.

Such a profusion of visual ideas will irritate some as endlessly distracting. The sheer on-stage untidiness will bother others. If you think and feel architecturally and sculpturally, you probably won’t like this; if you’re used to installation art, you’ll take to it more readily.