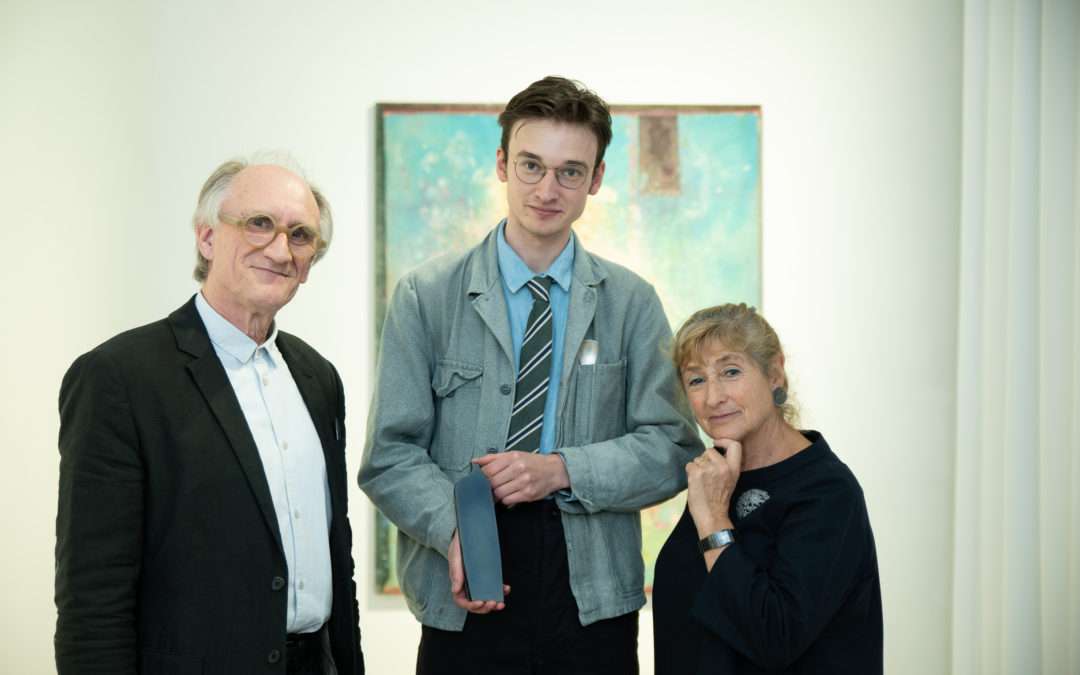 L to R. Award Winner, Michael Rowe, with Callum Partridge, who made the Awards, and Corinne Julius, Section Chair

The winner of the Visual Arts & Architecture Section of the Critics Circle of the Denise Sylvester-Carr Award for an Unsung Hero for 2017 has gone to Michael Rowe, who according to the Victoria and Albert Museum is “arguably one of the most distinguished silversmiths practising in Britain today.” He helped set up the metalwork course at Camberwell School of Art and joined the staff at the Royal College of Art in 1976, where he was made Senior Tutor in 1984 and Professor in 2006. He has exhibited in group and solo shows both here and in America, Australia and the Far East.

Nor is this Critics Circle award the first accolade he has received. He was the winner of the Sotheby’s Decorative Arts Award in 1988, a prizewinner in the European Prize for Contemporary Art and Design-led Crafts organised by the World Crafts Council in 1998, recipient of the Golden Ring of Honour from the association of German Goldsmiths, the Gesellschaft für Goldschmidekunst, in 2002 and had a major retrospective Michael Rowe: Poetics and Geometry, held at the Birmingham Museum and Art Gallery in 2003. Yet still many will not have heard of him.

“He has,” says Corinne Julius Chair of Critics’ Circle Visual Arts & Architecture section, “been at the forefront of changing the perception and practice of craft into an art form, rather than just a manifestation of practical functionality.” 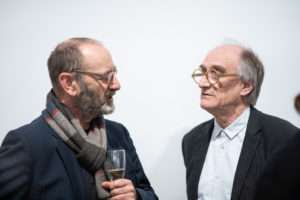 Rowe was part of a radical group of students who attended the RCA in the early 70s. He questioned what it meant to be an artist and designer in metals in the contemporary world. Rowe felt that studio metal practice at that time was too narrow in its scope, it needed some radical re-thinking if it was to retain credibility as an active and relevant field of practice in contemporary visual culture. He developed a new mindset – a move towards a more conceptual and philosophical approach to objects and object making. He argued for and developed, a broader definition of studio metal, expanding the range of metals and processes, embracing a wider territory and framework of interests.

His reflexive, self-referencing approach was, pivotal in the creation of radically different kinds of craft outcome – investigative self-examination, critical commentary, ironic scepticism etc. that forced a fundamental expansion in what could be accepted as craft practice. This approach attracted its own specialist audience that in turn, stimulated new channels in the marketing of craft as ‘applied arts,’ as this work came to be known. His exhibition in 1978, ‘Objects in Metal’ at the Crafts Council was a seminal moment in the development of contemporary craft.

Rowe’s particular interest and focus has been metal vessels and containers, released from functionality. He explored the idea that the dynamics of visual cognition involved in how we perceive and relate to the things around us in everyday life, could be turned and used as an appropriate and potent generator of form.

“Rowe has been and remains enormously influential, through his teaching and his book The Colouring, Bronzing and Patination of Metals, co-authored with Richard Hughes, is currently inspiring a new generation of metalsmiths.  Metalwork has become the crucible for the discussion and development of all craft. Ultimately Michael Rowe has changed the nature of and discourse around craft,” says Julius.

Michael Rowe himself said: “I’m delighted and feel very honoured to be the recipient of this award. It puts a welcome spotlight on Studio Metal, an area in art and design that I am, as an artist and academic, very passionate about. This award also serves as a reminder of the moment back in the 1970s when, as one of a small number of other young makers in Britain, we pushed the boundaries in ways that proved pivotal in opening up new vistas for the applied arts, introducing new ways of thinking, new approaches – the ripples of which we are still seeing today in a field that is vibrant, challenging and pluralistic, making its own particular contribution to the wider field of cultural production.” 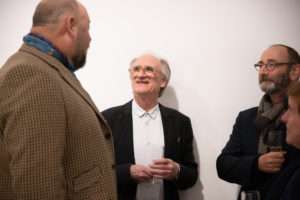 I am lucky enough to know Michael Rowe personally and, on a personal level, I first became aware of his work in 1982, long before I started studying metalwork. A friend took me to Rowe and Hughes’ Crafts Council Exhibition The Colouring, Bronzing and Patinisation of Metals. I was captivated by the display, a sea of plinths each bearing a single bowl, identical in form but in different metals and vividly patinated colours. The book, The Colouring, Bronzing and Patination of Metals: A Manuel for Fine Metalworkers, Sculptors and Designers, I still have and read it, its coloured images have a tangible quality.

Both the exhibition, that travelled, and the book were, and still are, hugely influential. The practical nature of the book spawned a great many to experiment with metal colouring so that years later as a student at the Royal College of Art when I met Michael and realised he was ‘that’ Michael Rowe, I remember saying “oh, so your responsible for all this jewellery that makes ones ears come out in a rash!”, “afraid so” he replied and laughed!  From then on I learnt to appreciate Michael’s humour and light touch with erudition.

Silversmithing can become enmeshed in the acquisition and application of a skill the success or failure of a piece being judged on those aspects alone. So I, who was at the Royal College to research some plates and dishes Picasso had made through collaboration with a descendant of Victor Hugo, had my work cut out. Picasso eschewed work created solely with the demonstration of skill as its modus vivendi. Michael got it, the expression of an idea unencumbered by the restraints of ‘skill’. When I showed him Picasso’s silverware he exclaimed “oh freedom!”. This is not to imply Michael’s own work is made without skill, far from it. There is simplicity but also a very evident control that captivates. The piece he has in the Victoria and Albert Museum, simply called Box 1978, is largely made from silver sheet. Its base is a trapezium, its side’s flat silver sheets. It has several top sections, one extending back beyond the sloping rim, another folded at an acute angle. Its leading edges are inlaid with strips of nine carat red gold. Talking to him about the piece I said it made me think of a Magician’s box, of sleight of hand and the awe one has watching a conjurer at work, an image he has created without sliding panels or hidden voids. He replied that when he had made it, it was the result of him meditating on what a box might be.

I also recall conversations on dinanderie, did I hear a “what’s that?” If there is an English word for it I do not know it. The internet suggests ‘copper manufacturer’ but that must be the product of automated translation. If there is an English term Michael would know it! (I must ask him!). It is the art of fine metalwork in none precious metals, brass, copper, or bronze, today we can probably add steel. Used in the 13th to 15th centuries for ecclesiastical and domestic decorative objects. It is a skill and a tradition that Michael has drawn on for his own work, for he is not simply a Modernist silversmith, his work, like all the best acknowledges history. It certainly involves dinanderie and he joins the greats like French lacquer, sculptor, dinandier, Jean Dunand, who in the 1920s, another period of its flowering. Michael I am in awe of your advances in your chosen art.