Under the Skin with a live score 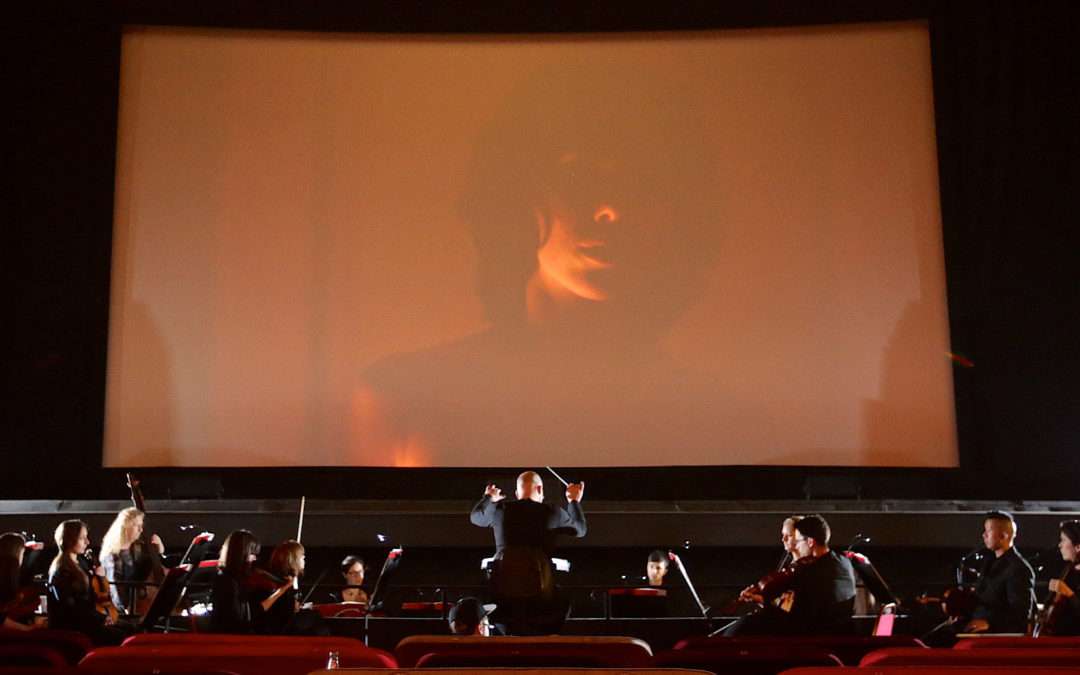 Mica Levi’s remarkable score for Under the Skin won Technical Achievement of the Year at our Film Awards in 2013, where director Jonathan Glazer was also nominated for his extraordinary work. I haven’t seen the film since it came out in 2013 – and certainly never with a live orchestra – so I decided to head to the Everyman Muswell Hill to hear it performed live by The Covent Garden Sinfonia, a chamber orchestra I’d previously heard accompanying a screening of E.T.

Of course, the alien in Jonathan Glazer’s film is a rather different breed – she comes in the form of Scarlett Johansson, roaming Glasgow in a van, picking up unsuspecting men and assimilating them via surreal sequences. Thematically, there’s much to absorb about gender, humanity, psychology and more. Listening to it with a live orchestra, it strikes me once again how well Levi’s compositions work with the narrative and help create the mood. The tense, unnerving score undulates and jars, heavy on piercing string instruments. As the film’s lead character loses control, so the score becomes more plaintive. It’s key to enhancing our understanding of a complex story, while retaining an edge of mystery that’s crucial to a film open to multiple interpretations.

While a huge amount of planning goes into making sure a live score is perfectly timed and performed, conductor Ben Palmer says that many people forget the orchestra is there are there after a while. It’s true. When it’s done well, a live score helps draw you closer into a film, seducing you and drawing you into its world – almost as effectively as an alien Scarlett Johansson.

For more about the Covent Garden Sinfonia, see https://www.cgsinfonia.org