Between Tragedy and Broken Dreams 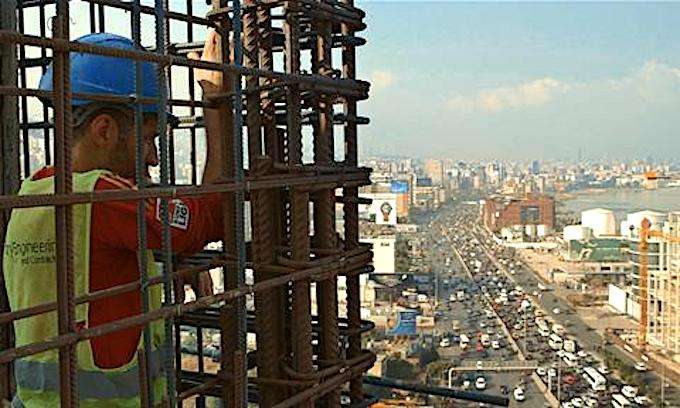 It is natural that war in Syria, which has been raging for seven years, should provide film-makers with subjects to express their beliefs and views. The same goes for events since 2010 in other Arab countries. In Egypt many films, both good and bad, have dealt with those events and their aftermath. In Tunisia rather fewer films considered the rise of extremist Islamist groups, as well as corruption in political and social life.

Iraq had its own share of troubles. The invasion of Kuwait led to the invasion of Iraq, which toppled Saddam Hussein and created chaos.

In Syria, the turmoil has lasted longer than anywhere else and inflamed the country; films are still being made about how the tragedy has affected ordinary people as well as the country as whole.

The majority of films are anti-regime. The films are of various kinds: fiction, non-fiction, and a few animation pictures as well.

Most of these works have been made possible by money from European and American production companies. 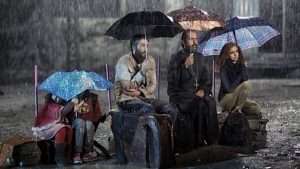 Rain of Homs (Matar Homs) by Joad Saeed and A Memory in Khaki (Thakira Billoun Al Kaki) are contrasting pictures, each expressing its messages with clarity and powerful images.

Rain of Homs is a feature fiction shot in 2016, which has had limited release. It made it to the Carthage Arabic and African Film Festival in Tunisia in September last year for its international premiere. It tells the story of several characters (a young man, a young woman, a priest and an older man) who decide to stay in a destroyed area in Homs. The neighbourhood is surrounded by fighting factions, some for and some against the government, but these guys, and a few others, want to stay despite the dangers.

The film shows a sure hand. Yet the most powerful scene takes place in the first half hour. An unarmed man, trying to avoid an unseen sniper, hides behind a clock tower in the middle of a square. He is unable to escape in any direction. For long hours he stands there yelling for mercy. Crying at times. It rains on him. Night passes and morning comes. Finally he is spotted and shot dead.

The message is that ordinary people pay dearly for the war. They are the ones who haven’t taken sides, but their are lives destroyed regardless. 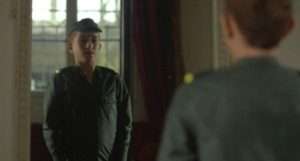 A Memory in Khaki

A Memory in Khaki by Alfoze Tanjour is a documentary that follows the stories of some who had first-hand experiences with the regime.

Tanjour, who now lives in Finland, interviews three people who have a lot to say about the khaki uniform of the law-enforcement agencies and what it means. Ibrahim Samuel is a writer; Sanaa (not her real name) took on a number of false identities to stay out of trouble. The third person is Shadi, who fled the country after being persecuted for his criticism of the regime.

The film moves constantly between its three angry and doomed characters, allowing each to tell their experiences with the authorities. It’s a revealing and heartfelt film which tells stories of the heavy hand of the regime against any dissident thinking.

The film is beautifully and poetically made, with eye-catching shafts of symbolism.

Not all documentaries reflect tragedy so successfully. Among the films that depends heavily on predictable Western reactions is The White Helmets, which won the Oscar for Best Documentary Short in 2017.

Made by foreign investors and presented as a Syrian film, The White Helmets, directed by Orlando von Einsiedel, was closely followed by Last Men in Aleppo, a better film, directed by Syrian in exile Feras Fayyad, which competed for the Best Documentary feature earlier this year.

Both deal with the same subject: the civilian group known as the White Helmets who risk their lives trying to save lives of the others.

I found The White Helmets a propaganda show aiming to tell the story of mostly unsung heroes in such a way as to make political statements rather than letting them speak for themselves. It shows less genuine human interest in those people who expose themselves to danger.

Last Men in Aleppo is the real deal by comparison. It has more heart. It shows real human emotions at work. These stories of men endangering their lives in deadly situations are presented seriously in a stronger light and more artistically.

The story of Khaled makes the point. He heads of one of the groups. He has a family and he is fearless. There is a scene in which he talks about his feelings about death – only to die a few scenes later.

Another excellent documentary that completes this panoramic view of how recent films have told the story of the war and its layers is Taste of Cement by Ziad Kalthoum (main image).

Made in late 2017 and rushed out in time to enter the Dubai International Film Festival competition in December, this documentary brilliantly illustrates a further situation related to the war, that of those men who left the country to work as construction workers (some of them had never had such jobs before) in Lebanon.

The film starts with workers beginning their normal working day, riding the elevator to the top of a high-rise site by the sea. They are helping Lebanon to build up its business and economy. The difference is that these Syrian young and not-so-young workers have fled their country which is being devastated by warring factions. The film uses archive material of tanks moving into (and retreating from) a destroyed area of a Syrian town, juxtaposing this with the construction of another city in nearby Lebanon. Instead of building up their country in peaceful times, they come to help build another.

The real value of this 85-minute, beautifully-made picture is that it recreates a real world of silent emigrants trapped in their place of work – the  regulations impose a 7pm curfew on them. We see them finishing work about sunset, taking the lift back to ground level where they mingle with cups of tea and a radio.

The voice of the director comments on his own broken dreams. It is all made in a strikingly beautiful way.