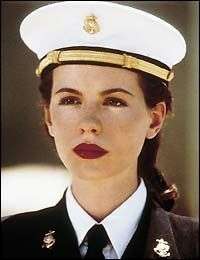 Some wise words from Mark Kermode in his new book for those who have wondered, having gone to the latest summer blockbuster, why they bothered because it was really lousy. He argues that, for all the carping and moaning and whingeing from the studios about not  having money, the people who make these blockbusters are actually floating on the financial equivalent of the Dead Sea. It is literally impossible for the bodies there to sink, and it is the same with these movies. They could make better ones if they wanted. If their films fail to entertain, engage and amaze, it is because they cannot be botthered to do better. And if you accept that, then you are every bit as stupid as they think you are. This is no time to be nice to big budget movies, he says. It is time for them to start paying their way financially and artistically. Why do people go when they have been told by critics that the movies is a stinker? Because they are considered to be “Events” and sold as such. Nobody expects to get much and they are not, it would seem, all that disappointed when that is what they get. Kermode uses the truly appalling Pearl Harbour, which, by the time it finished its world wide theatrical run, had earned a staggering $450m, to illustrate his case, as well as the possibly even worse third instalment in the Pirates in the Caribbean series. He says he has yet to see any evidence that bad reviews can damage a film’s box office.

It is stirring stuff, a classic polemic. But read it for yourselves.

The Good, The Bad and The Multiplex by Mark Kermode. Random House Books £11.99