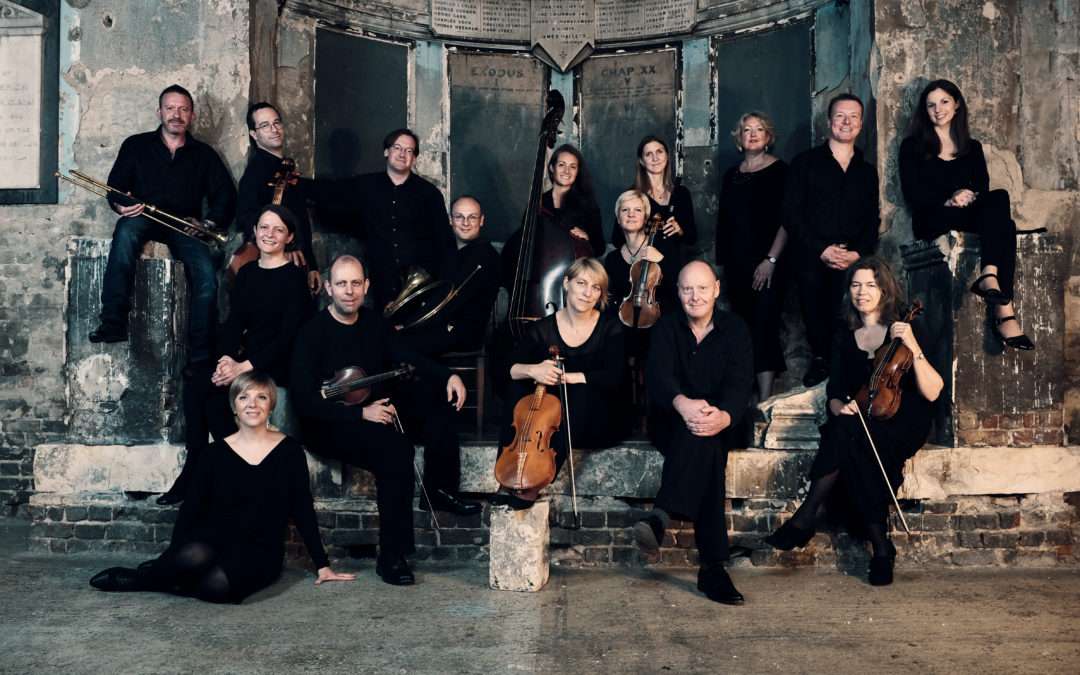 Anna Dennis and Carolyn Sampson are our go-to sopranos for Purcell; you’d have to look hard to find better anywhere, so getting them in harness at St John’s with the Gabrieli Consort in The Fairy Queen was a toothsome prospect. And this wasn’t one of those slightly slapdash concerts the early music crowd can serve up (often more rehearsal than performance, it seems); Paul McCreesh had prepared his band and performing edition (with Christopher Suckling) with typical zeal, and they are gearing up for a recording, so we got rather more than a standard run-through.

Much of the detail may be strictly for trainspotters, and every attempt to “get as close as possible” to the sound of 1690 is pregnant with potential absurdity – which doesn’t mean it’s not worth doing. McCreesh plays this at a low French pitch of A=392Hz, the string players using adapted bow-holds to play their baggy gut strings. This level of scrutiny is, of course, how performing groups with similar personnel manage to sound different. The other notable bits of sound-engineering were a strummy continuo section (three theorbos/guitars), bass violins, the high-wire act of natural trumpets, and recits without continuo based on McCreesh’s hunch about the layout of the Queen’s Theatre in Dorset Square where the piece was first performed in 1692 as part of the 15th wedding anniversary celebrations for William and Mary.

So much for theory. The Fairy Queen was written to be played in the gaps of A Midsummer Night’s Dream, but its allusive episodes can work fine without Shakespeare, as here. McCreesh is by no means one of your flashy conductors, and the dances never got much beyond the decorous: bouncy and thoughtfully textured, but no liberties taken with rhythm and dynamics. The familiar music, handled with love, lively musicianship and educated imagination, gets to speak for itself. It’s not exactly chaste, but it’s no bacchanal.

And put like that it could really turn out pretty dull, but absolutely didn’t. If the Gabrielis’ string tone is more generous than many, it’s still kind of small-scale, and you wouldn’t want to be sitting much beyond about Row M. But with pinpoint timing and phrasing, the recits left unconducted, the singers off-book and nicely connected to the continuo, led by Jan Waterfield’s virtuosic harpsichord, the company generated an intimacy that grew to envelop the space.

The greatest magic descended in Act 2, where the fairies lull Shakespeare’s lovers to sleep, with Sampson’s ‘See, even night is here…’ utterly rapt, a secretive, seducing invitation to dreamland, continued by Dennis as Mystery: ‘I am come to lock all fast’, even more concentrated, intense and expressive. With ‘Hush, no more’, Ashley Riches’s well-coloured baritone led the ensemble into an ending of transfixing, sotto voce power.

There was a lot more to enjoy: the curdling chords of the Act 4 seasons, scurrying strings of the fairies’ dance, the playful ‘Echo’ ensemble with trilling-birdie recorders in the gallery, a gorgeous Plaint from Sampson with winding, tearful oboe. Riches, an expansive and likeable singer, played the Drunken Poet in that ramshackle episode that can be a bit purgatorial; not here, happily – done with charm and spirit, and the self-directed ensemble a pleasantly civilised bunch of fairies. Mhairi Lawson was in sparky form as a proto-feminist Nymph, and there was fine work from the rest of the ensemble, Rowan Pierce, Charles Daniels, James Way and Jeremy Budd.