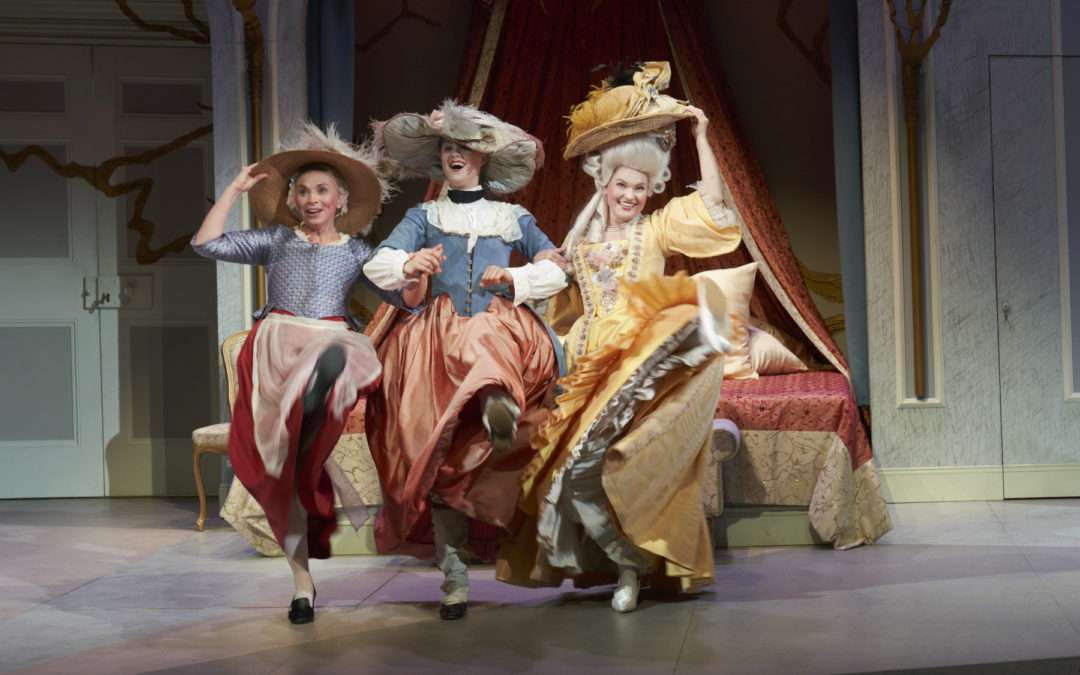 A popular venue for a long weekend, Iceland offers outdoor activities centred around glaciers, ice caves and volcanos. Home of Björk and Sigur Rós, the country is known for its cool pop, rock and electronic music scene. But it also supports an internationally known symphony orchestra and a national opera company. With three productions a year, ranging from familiar favourites to new commissions, Icelandic Opera’s musical and theatrical standards are high, and, as this Figaro demonstrates, it’s worth planning a visit around a night at the opera.

With one exception, Figaro is sung by an all-Icelandic cast – remarkable in a country of just 339,000 people. Most of the cast are graduates of the Reykjavik Academy of Singing, and although they go on to conservatoires such as the Guildhall in London, and work mainly outside Iceland, they are always happy to sing with their national opera company.

The new production by John Ramster is a real audience-pleaser – high opera, French farce and panto rolled into one. Up-tempo direction has characters scampering round a revolving set consisting of brightly coloured rooms in vaguely 18th-century style; it’s tremendous fun, but the singing, which is generally very good, is sometimes overshadowed by the exuberance of the acting, particularly in the smaller roles.

It’s not a subtle production, but it’s perfect for a Saturday-night audience in the capital’s National Theatre, where coming attractions include Improv Iceland and Shakespeare Falls in Love. Icelandic Opera also puts on productions at its home base, the spectacular arts centre Harpa, whose glittering glass exterior was designed by Olafur Eliasson. Next year, as part of the Reykjavik Arts Festival, Icelandic Opera stages two performances in Harpa of Die Walküre (27 and 29 May), with an Icelandic Wotan, Ólafur Kjartan Sigurðarson (well known to British audiences), and Christine Goerke as Brünnhilde. Paired with a trek to the geysirs or a soak in the natural hot springs, that’s an enticing weekend break for anybody.