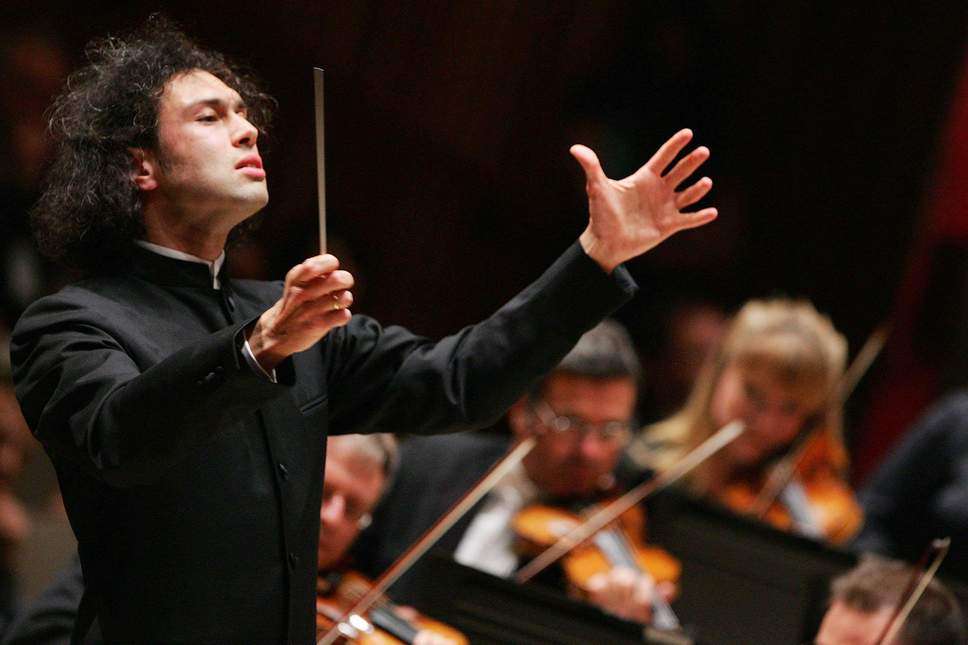 Almost exactly a year ago OperaGlass Works brought Stravinsky’s 1951, Hogarth-inspired opera to Wilton’s Music Hall – a setting so pungent with resonance that all the company had to do was keep out of the way as the ultimate London opera came alive in the paint-peeling heart of the East End. Framed in the clinical brightness of the Royal Festival Hall this weekend, it was the other side of this split-personality of a work that emerged. In place of a grubby rummage through the gutters of the 18th century, Vladimir Jurowski and the London Philharmonic Orchestra gave us a sophisticated 20th-century satire – cool, calculated, art with absolutely no interest in concealing its art.

Placed centre-stage, Jurowski and the LPO – on warm, almost genial form – were the engine not just of the music but the drama too, absolutely integrated into a witty, neatly suggestive semi-staging (lit by Malcolm Rippeth) that remained oddly uncredited in the programme. Helen Collyer’s harpsichord doubled as an open grave for the unwilling Tom to peer into, Jurowski’s podium was unceremoniously stolen for Kim Begley’s Sellem during the auction scene. Best of all the excellent London Voices, framing the stage on either side, served not just as chorus but as the stones-into-bread machine – a wonderfully analogue illusion set against such sophisticated music-making.

A rash of cancellations and substitutions gave us a rather different cast to the one first advertised. Toby Spence, not Allan Clayton, was the guileless Tom, with Puerto Rican soprano Sophia Burgos made her role debut here as Ann Trulove, and a last-minute switch saw countertenor Andrew Watts rather than Patricia Bardon singing Baba the Turk.

Tantalising though the prospect of the Rake-that-might-have-been is, there was nothing second-string about this line-up. Spence’s Tom reads older than Clayton’s might have; the sense here was not of a foolish, credulous young man, but of a mature failure of a man desperate to believe Shadow not because he wants his words to be true, but because he needs them to be. In context of this over-bright, determined optimism (a casually heroic ‘Since it is not by merit’ setting the tone for the evening) his descent into madness was all the crueller, and there was a heartbreaking simplicity to the closing Venus and Adonis episode – sung with real tenderness by both Spence and Burgos, finally at ease here after some earlier moments of tension.

Whether or not a countertenor should be playing Baba at all is a bigger discussion, but Andrew Watts’ performance itself was beyond question – a tour-de-farce of high heels and even higher camp, enunciating each of Auden and Kallman’s words with devastating precision, and generating some brilliant colours in his duet with Burgos. Clive Bayley (Father Trulove), Marie McLaughlin (Mother Goose) and Kim Begley (Sellem) were a luxurious supporting cast, but it was Matthew Rose’s Nick Shadow who took the work from a slick piece of postmodern mockery to something darker.

His Shadow was more “honest Iago” than sinister Machiavel – a deceptively bluff, harmless figure in too-short trousers and drooping facial hair, generous in spirit and voice, colouring right into the corners of Stravinsky’s sharp melodic lines. The graveyard scene pivot from servant to master was beautifully handled, and the decision to see him return as the Keeper of the Madhouse a canny one – the final switchblade twist on a cool, but far from bloodless performance of this slippery piece.