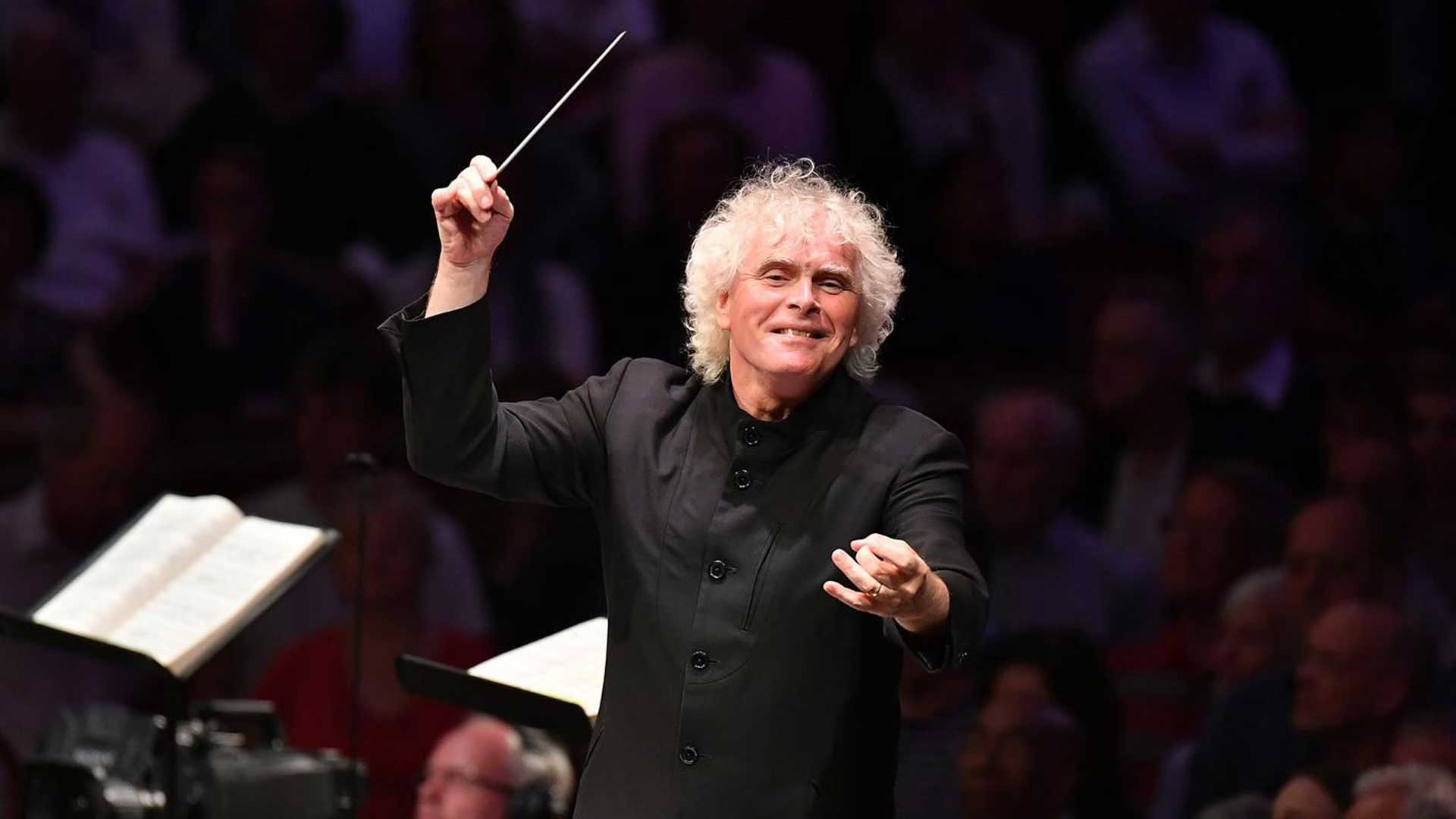 A certain musical schizophrenia characterised the last hundred years: as “The 20th Century” the age was bright, modern and broke with the past. Composers braved atonality and persuaded the players it was the future, but as “The Nineteen Hundreds” it was a solid age of consolidation before the big step. Composers confirmed the beauties of Romanticism and revived ancient practices as if they were collecting antiques. Arnold Schoenberg lived the duality. He led the way into the keyless wastes, even wrote the rules, but he also composed the massive vocal symphony Gurrelieder, one of the last masterpieces of Romanticism, which the London Symphony Orchestra performed under their boss-to-be Sir Simon Rattle with three choirs, soloists and every freelancer in town for the tenfold wind and percussion sections.

We bathed in its sighing motifs and gorged on the epic score’s glorious, rich detail. Tenor Simon O’Neill sang Waldemar, the mediaeval Danish king whose horse will not travel fast enough to the castle of Gurre, where his lover resides. There too pigeons coo (gurren in German), as members of the woodwind demonstrated with ornithological warmth throughout. O’Neill’s smooth tenor sailed on the waves of strings like a galleon on a turbulent sea, sometimes swamped by the swell. Soprano Eva-Maria Westbroek sang Tove, the object of the King’s desire, with breezy excitement at her lover’s imminent arrival, and a tense edge in her big tone for the presentiment of death, the darkness between twilights, which illicit love brought. Mezzo Karen Cargill’s wood-dove spread her report of Tove’s murder in a radiant round mezzo, booming passionately the repeated line “Weit flog ich, Klage sucht ich” (I flew far, seeking distress) as the Prommers stood like mourners on a cortege route.

It was not always easy to follow Rattle’s beat but he jutted his jaw and the work moved on with volatile, thrilling steps, sometimes (one felt) regardless. Percussionists produced from their armoury chains, scrapes and, yes, rattles to accompany baritone Christopher Purves’s Peasant as he described with the breathless wide-eyed delivery of the pub raconteur the risen dead bursting through coffin lids. Tenor Peter Hoare sang the King’s Fool with the same jokey jauntiness as the accompanying sprightly trumpet and xylophone.

Schoenberg interrupted composition of Gurrelieder for his atonal Expressionist adventure, returning after a decade with new ideas. Tonality remains, but the phrases are crisper, more deco than nouveau, and the last movement is, like Schoenberg’s notorious “sprechstimme” work Pierrot Lunaire, for Speaker – in this case the retired singer Thomas Quasthoff, who carved out the rhythmic nature-description with dispassionate, anti-Romantic coolness. The three choirs from London, Birmingham and Barcelona, united by a common chorus master in Simon Halsey, had already surprised us with a magnificent sitting-position “Holla!”, a mighty toast to the King and a 300-voice semi-whisper forestalling the cock-crow, now greeted the full dawn crowned by sopranos who had sat through the whole work for this ecstatic, dazzling conclusion. If Rattle is to generate this sort of excitement once he is firmly at the helm of the LSO, then the capital is in for a thrilling decade.