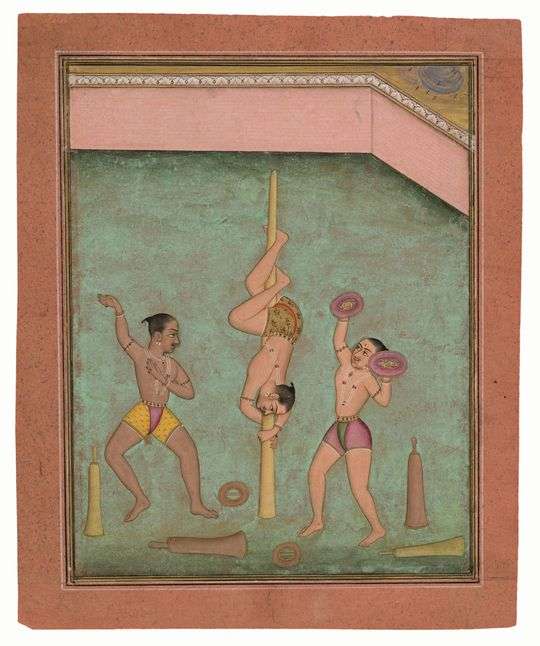 There are large shows which overwhelm, and London has several of these at the moment, and small ones which enchant, two of which are currently on at the Dulwich Picture Gallery. Had it up to here with Hockney, full of Freud, pleasurable though that might be?

Then try the fare on offer in Gallery Road.

Ragamala – Paintings from India: Poetry, Passion, Song. Until May 27

These Indian miniatures are truly exquisite, with the most amazing detail and come from he Claudio Moscatelli Collection. A ragamala is a set of miniature painting depicting various musical modes of Indian music. They were not made to hang on the wall, but were loose leaf pages of a book of some thirty or forty pages. At special events they would be handed round for those present to enjoy. The musical connotations may be tricky for Western ears to realise, but just looking at them is enough. The pigments are made from natural minerals, insects, flowers, the urine of cows fed on passion fruit and they still glow.

In the other half of the gallery’s exhibition space is

Curated by Dr Xavier Salamon, it focuses on the year the artist spent in Sicily and its centrepiece is the Gallery’s own Van Dyck, a portrait of Emanuele Filiberto, the Viceroy of Sicily.  It seems Van Dyck, there to paint the Spaniard in his best armour, found himself trapped by the plague and the result is a series of paintings of Saint Rosalia, a hermit whose bones discovered in a cave on Monte Pelegrino were credited with saving the city. The room with its five pictures of the Saint together for the first time drawn from collections in America, Spain, Poerto Rico and London, is one to make you think – and perhaps send Richard Dawkins into a frenzy. Van Dyck created the saint’s image with her inevitable garland of roses and eyes cast adoringly to the Heavens.

The portrait of Filiberto makes a magnificent centrepiece in the first room and is flanked by the very armour he is wearing. There is a fine self portrait of the painter in the same room, and further on a splendid John the Baptist with not very many clothes on – religious paintings were always an excuse to do a nice nude and this is as sexy as the Gallery’s St Sebastian.