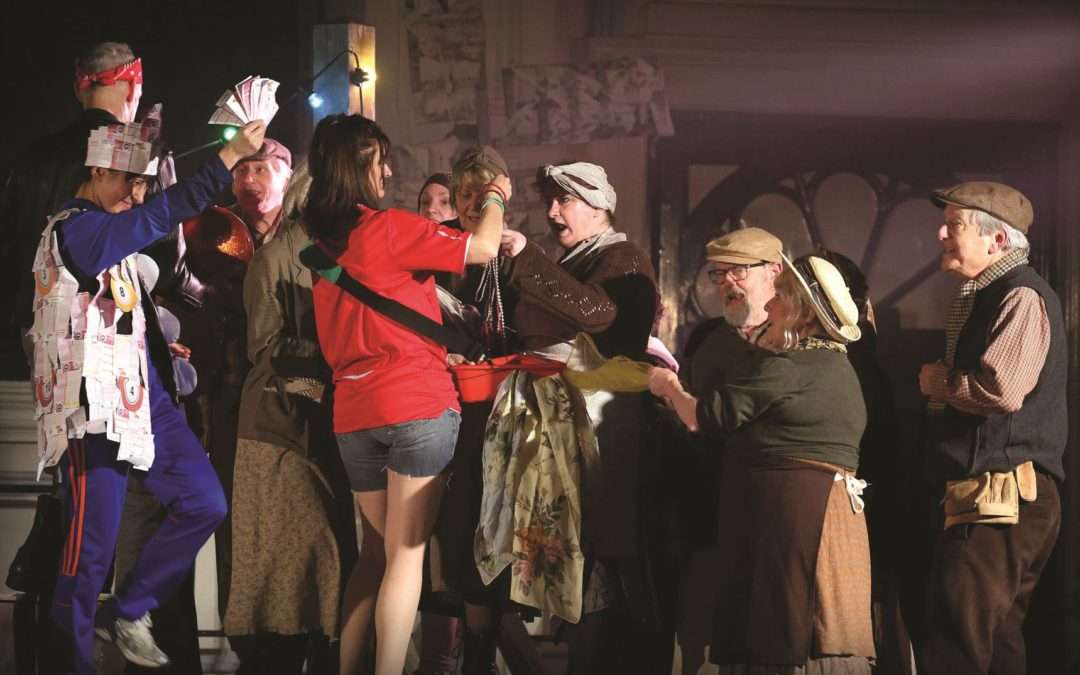 Every now and then someone unearths a piece by Delius and holds its opaline gorgeousness up to the light to glimmer for a moment before it is shoved back into hiding. The rarity of his music is our loss, and it speaks volumes about the prejudices of the musical herd-mentality over the decades. A Village Romeo and Juliet may be an imperfect treasure, but it’s a treasure nonetheless, and when it is well performed (as it was at the Wexford Festival a few years ago) one can be left a tad furious that it is so rarely given a chance. The sea of empty seats for this sole London performance by the semi-professional New Sussex Opera proved how difficult a sell this composer can be. What a desperate shame. The piece is known chiefly today for its heavenly interlude, The Walk to the Paradise Garden. Just imagine that extended to 100 minutes and add voices.

Structured in six tableaux, with a libretto by the composer and his wife Jelka, the work follows the unfortunate pair Sali and Vreli from childhood friendship to suicide pact in the Swiss mountains. Gstaad it ain’t. The fathers fight and force the children apart; the latter grow up and fall in love; then, facing disaster, poverty and rejection by the villagers, they are propelled towards tragedy. The Dark Fiddler, a vagabond, follows their progress and offers them an alternative life with his “travellers and comrades”, but they reject its implication of free love. Instead they choose one day of perfect happiness together, followed by death.

The effort that has gone into the NSO production is enormous. It includes an arrangement of the lavish score, which normally requires about 110 players, including triple woodwind, for an orchestra of just 24 – the young professional Kantanti Ensemble, conducted by Lee Reynolds – and an updating of some of the stilted original text. The staging by Susannah Waters focuses on the hardship and alienation facing the star-crossed couple: poor Vrenchen as an adult wears implicitly the same hideous frock and green cardi that she had at 11, while the beauty of the Swiss landscape is depicted in the music alone, leaving the stage to desultory wooden pylons, threadbare windmills and a flatpacked house front that is repeatedly erected and demolished; the production manages to be rather over-busy as planks are shunted about to little obvious purpose.

Although Reynolds argues in his programme note that the chorus is the “chief protagonist”, they have only three scenes to sing and those are relatively brief – a church chorale, the fairground and the travellers. The opera as a whole rests squarely on the shoulders of its lead soloists. For Vreli and Sali this is a big sing and an emotional rollercoaster. As Vreli, the strong, soaring soprano of Kirsty Taylor-Stokes easily won through, well matched by tenor Luke Sinclair as an ardent and believable Sali. The baritone Ian Beadle as the enigmatic Dark Fiddler was suitably persuasive, making his first entry from a seat in the stalls, where he’d been disguised in a duffle coat. Among fine vignettes, standouts included Geoffrey Moses as Vreli’s father Marti and the two very young singers, Alex Edwards and Nell Parry, who were Sali and Vreli as children.