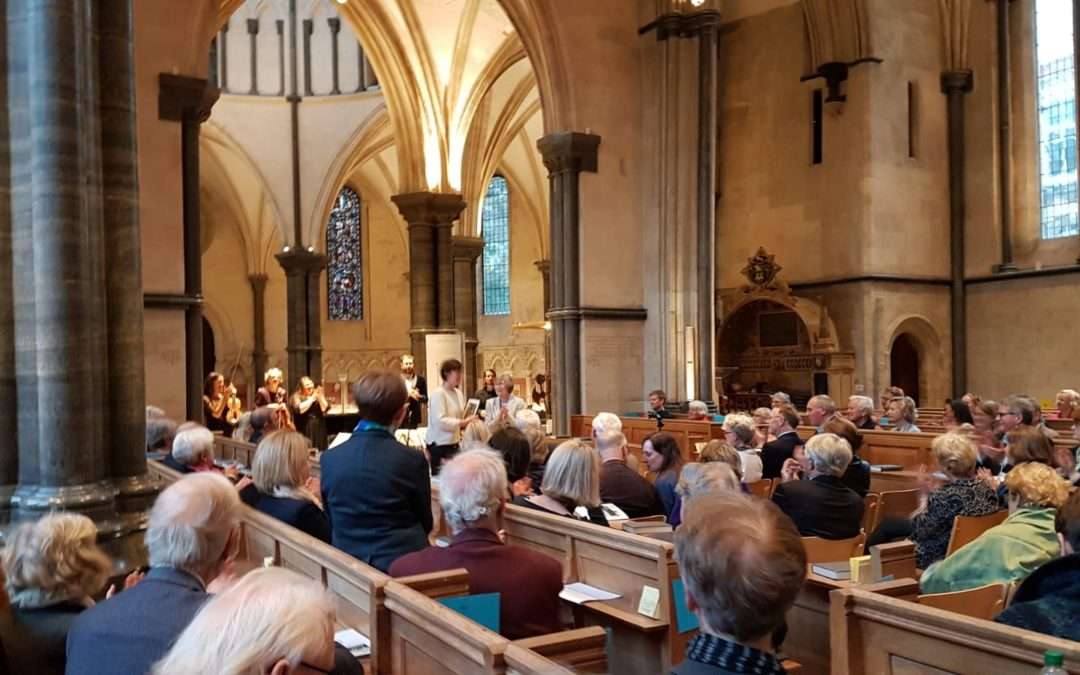 At the end of a thrilling performance of her new song cycle, Kate Whitley received the 2018 Critics’ Circle Award for Emerging Talent: Composer. Her Six Charlotte Mew Settings were sung by two outstanding British artists, bass Matthew Rose and soprano Katherine Broderick, and a hand-picked chamber ensemble, in the beautiful surroundings of Temple Church.  Whitley’s clever use of solo instruments and full ensemble created light and shadow and showed off her distinctive style and feeling for poetry.

Representing the Critics’ Circle, Amanda Holloway made the presentation during a concert of mainly new music that included works by Tom Poster, Jordan Hunt and David Bruce. She told the audience that Kate Whitley had been the unanimous choice of the judges for the Composer prize – not only for her fine compositions, but also for her success in taking music outside the concert hall. Whitley is co-founder of the Multi-Story Orchestra, based in a Peckham car park and touring to other unlikely venues. She writes ambitious music, from song-cycles to operas, for children and young people to perform alongside professional musicians, and she is not afraid to tackle political subjects such as the effects of climate change and the right to free speech across the world.

Her Six Charlotte Mew Settings were recorded by BBC Radio 4 for broadcast as part of a programme about the Victorian poet Charlotte Mew which will go out later in 2019.