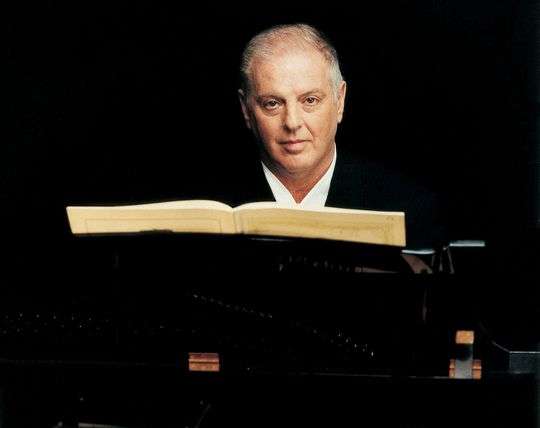 The ballots are cast. The results are in. The Music Section has chosen the recipients of its Outstanding Musician Award and its three Awards for Exceptional Young Talent.

All four of these artists, and indeed all the artists in a dazzling list of nominees, are well known and admired internationally, but voting was done on the strength of the special impression that they made in the United Kingdom during 2010, through live performances, recordings, or both. Given the incomparable richness of the UK’s musical life, this was by no means a limiting factor.

Daniel Barenboim – conductor, pianist and a vital force in bringing Arab and Israeli musicians together in his West-Eastern Divan Orchestra – spearheaded an inspired series at London’s Southbank in January and February 2010, playing all five of Beethoven’s piano concertos with his Berlin Staatskapelle and conducting orchestral works by Schoenberg. Anybody who heard the series will have been struck not only by Barenboim’s command, versatility and interpretative insight, but also by the way in which the concerts, while pitting together two composers who are poles part and from different eras of history, nevertheless highlighted the radical, influential creative stance that they shared.

The Music Section is particularly keen to foster, acknowledge and celebrate the artistry of the new generation of musicians, so the stipulation for the Awards for Exceptional Young Talent was that all the nominees should be under the age of 30. Again, though, that was no impediment to the production of a lustrous shortlist.   The soprano Sophie Bevan has already attracted warmly appreciative critical and public attention, earning rapturous praise last year for her singing of Susanna in Mozart’s Marriage of Figaro at Garsington Opera and of Polissena in Handel’s Radamisto at English National Opera.

The Russian-born violinist Alina Ibragimova, who has already made four discs for the Hyperion label ranging from Bach to Karl Amadeus Hartmann and Karol Szymanowski to Nikolay Roslavets, was utterly compelling last year in her performances of Beethoven’s violin sonatas with the French pianist Cédric Tiberghien at London’s Wigmore Hall, recitals that were recorded for the hall’s own label, WHLive. She also appeared at the BBC Proms in the world premiere of a new Violin Concerto by the Welsh composer, Huw Watkins.

Robin Ticciati has made a dynamic impact on the UK’s musical life as principal conductor of the Scottish Chamber Orchestra, but he is also in huge demand elsewhere.    In addition to his acclaimed work with the SCO, he guest-conducts in Europe and the United States, and last year was particularly admired for his conducting of Humperdinck’s Hansel and Gretel at Glyndebourne Festival Opera.

We thought that audiences would like to have the chance of sharing in the appreciation of these four artists and to offer their own congratulations, so all the awards are going to be presented in tandem with performances. Daniel Barenboim will receive his when he gives his all-Schubert piano recital at London’s Wigmore Hall on 15 June. Sophie Bevan is singing Pamina in Mozart’s The Magic Flute at Garsington Opera in its new home at Wormsley in June and July, and her award will be handed to her there. For Alina Ibragimova we shall be in Liverpool on 26 May, when she is playing Mozart’s Violin Concerto No 4 with the Royal Liverpool Philharmonic Orchestra under Vasily Petrenko at Philharmonic Hall.  And we shall be following Robin Ticciati to Glyndebourne Festival Opera in Sussex where he conducts Don Giovanni in May, June and July.

If you are in the auditorium on award nights, please join us in giving these remarkable musicians a thunderous round of applause.