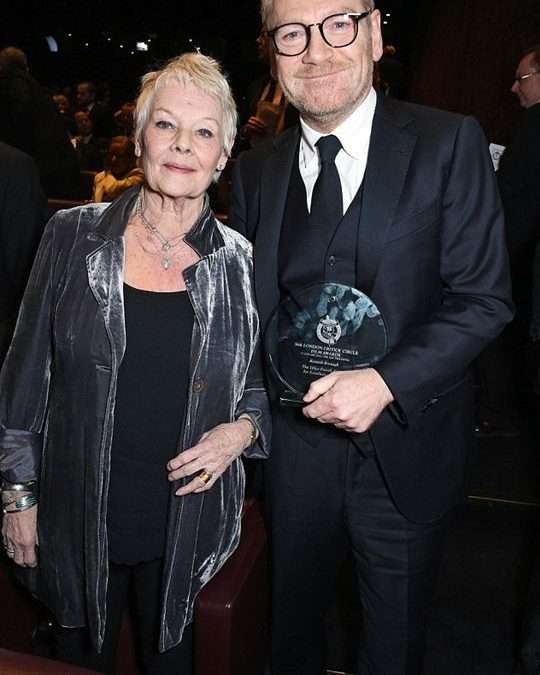 Large-scale spectacle and fine-tuned intimacy shared the spoils as the UK’s leading film critics unveiled the winners of their annual awards at London’s May Fair Hotel tonight. Toward the end of the star-studded black-tie ceremony, hosted by comedian Robin Ince, it was George Miller’s high-octane action extravaganza Mad Max: Fury Road that raced ahead of the competition, taking the awards for Film of the Year and Director of the Year.

Miller’s film also shared in a third trophy, as leading man Tom Hardy was named British/Irish Actor of the Year for his body of work in 2015, also including his performances in Legend, The Revenant and London Road.

It was a strong night for British talent, as Kate Winslet was named Supporting Actress of the Year for her work in Steve Jobs, while Mark Rylance took the Supporting Actor honour for Steven Spielberg’s Bridge of Spies.

Adding to its growing list of honours in the US, Asif Kapadia’s homegrown Amy Winehouse portrait Amy took the award for Documentary of the Year. Among the films it beat was The Look of Silence: Joshua Oppenheimer’s follow-up to The Act of Killing was instead named Foreign Language Film of the Year.

Bringing the ceremony to a rousing close, finally, was a confluence of British acting royalty, as Judi Dench took the stage to present Kenneth Branagh with the Dilys Powell Award for Excellence in Film. Branagh accepted the award from his recent stage partner in A Winter’s Tale, after verbal and visual tributes to his storied career as an actor and filmmaker.

For the fourth year running, the May Fair Hotel hosted the proceedings, with Winslet, Hardy, Courtenay and Williams among the talent in attendance at the red-carpet event. Other key sponsors for the evening included Audi, Cameo Productions, Innerplace, Remy Martin, Sacred, Suqqu, Synchronicity, Voss and Viru.

The full list of winners for the 36th London Critics’ Circle Film Awards:

BRITISH/IRISH FILM OF THE YEAR: 45 Years

FOREIGN LANGUAGE FILM OF THE YEAR: The Look of Silence

DOCUMENTARY OF THE YEAR: Am

SUPPORTING ACTOR OF THE YEAR: Mark Rylance — Bridge of Spies

SCREENWRITER OF THE YEAR: Josh Singer and Tom McCarthy — Spotlight

YOUNG BRITISH/IRISH PERFORMER OF THE YEAR: Maisie Williams — The Falling