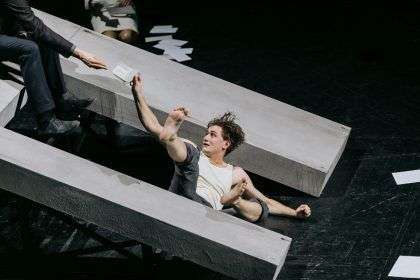 Three-day breaks to European cities can often prove tiring but deeply rewarding. Vienna should be on everybody’s list whether their main interest lies in architecture, art or opera.

At times, it feels as if every building in Vienna could stop you in your stride.

Strolling around, you inevitably find your breath taken away by such glories as Stephansdom Cathedral, with its beautiful mosaic roof.

Equally eye-catching are next-door neighbours, the Rathaus and Parliament building but almost every street is packed with gorgeous architecture, the modern beginning to take its place amongst the classic.

Almost every building housing the attractions in this article is worth a look on its own account, regardless of what goes on within. In particular, the theatres are spectacular, suggesting that when the Viennese want to put on a show, they create a building that has few comparators in London except possibly the Albert Hall.

For those that have deep pockets, the shopping streets can also provide great attractions. Strolling down the Kohlmarkt, where every shop seems to sell luxury items at high prices it is easy to see why Vienna is currently regarded as the most desirable city in the world for residents.

While it would be easy to spend thousands, there is also Gramola, a classical music store selling CDs, DVDs and Blu-rays that would be the envy of any Londoner.

For visitors who tire easily, the renowned cakes and pastries including those at the legendary Central Café, with a guaranteed queue outside to prove its quality, can provide a good excuse for a rest and an opportunity to inject some additional calorific energy.

Without wishing to be too critical, since they get the biggest build-up, the Hofburg Palace and Schloss Schönbrunn can seem a little too close to palatial theme parks these days. While there are some nice artworks and it is great to get an impression of how the Habsburgs lived, particularly the stunningly beautiful Queen Sisi, there are better ways to spend €30 and a few valuable hours.

Unexpectedly, the greatest visual highlight was the Nationalbibliotek, which not only contains a library but also frescoes to die for.

Classical art is well represented at the Kunsthistorisches Museum, always worth a visit but not quite able to compete with the Louvre or the Met. The Albertina proved a particular delight with a large exhibition of Monets complementing other exhibits including works by Picasso, Munch and a single Andy Warhol.

The great American is also well represented at the modern art gallery, MOMUK. As so often with such collections, there is an eclectic range some of which will appeal and some repel. On show at present are some wonders including a deeply moving photographic snapshot history of Vienna over the last century and a brash mixture of selected pieces from the museum’s collection including a five-part Warhol depiction of Mick Jagger and much more to delight the eye.

The Secession Museum also has much to offer with a selection of modern art but, first and foremost, Klimt’s gorgeous Beethoven Frieze.

For a different reason, given the city’s terrifying history, the Jewish Museum and its sister building at Judenplatz, the latter fronted by a deeply moving Holocaust Memorial depicting an inverted library and created by Rachael Whiteread should also be on the must-see list.

Unfortunately, Klimt and Schiele were not on show to the usual degree since the Leopold Museum was closed, possibly because some of their finest works are currently on loan at the Royal Academy.

The Vienna State Opera is renowned as one of the greatest in the world, looking glorious from outside and towering within. Celebrating its 150th birthday this season, the company has moved with the times so that a comfortable auditorium contains screen titles in half a dozen languages including English, Russian and what might well be Mandarin.

Franco Zeffirelli’s memorable production of La Bohème proved an excellent way to spend an evening at the venue.

The theatres are equally impressive, the Volkstheater having many of the characteristics of an opera house. It too is friendly to English speakers with surtitles threatening to strain the neck on high above the proscenium.

Schiller’s Don Karlos (photo above) received a spare, modern production with Brechtian overtones from Polish director Barbara Wysocka. This proved both satisfying and intellectually challenging. A well-acted evening also presented a reminder that, at his best, the German playwright is almost on a par with Shakespeare.

An additional diversion is the Theatre Museum. At present, there is a spectacular homage to Viennese playwright Odon von Horvath, including a series of large constructions that could easily be sets for an assortment of his plays including the most famous in this country, Tales from the Vienna Woods.

A fascinating collection of stage and architectural models almost brings to life Max Reinhardt’s vision of a full-scale village for a 1933 Salzburg Festival production of Faust.

Incongruously, there is also an art collection with no obvious theatre connection including some memorable works by Bosch.

Apologies for the whistle-stop nature of the tour but readers should have got a good impression of why a Viennese trip, even in a rather chilly winter, is a delight.