In the Age of Giorgione, Royal Academy 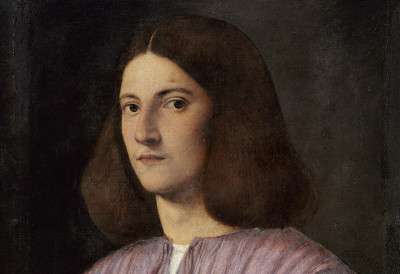 It is brave of any gallery to attempt to put on an exhibition devoted to the personality of Giorgione. This early 16th century Venetian artist has long ranked as one of the most elusive and fascinating of all great painters. Because of his early death – his life was cut short by the plague when he was just 31 or 32 – he produced little. And the ambiguity of his artistic personality means that there have been endless arguments among art historians about what is actually his, as opposed to paintings produced by artists working within his circle in Venice who may have been influenced by his ideas. Hence the prudent title given to the show at the Royal Academy: not the name standing on its own, but In the Age of Giorgione.

The practical difficulty of making a show devoted to Giorgione is compounded by the fact that the best known of his paintings are so famous that the museums that possess them will never agree to lend. This applies, for example, to the most celebrated of all his works, the poetic Tempesta, in the collection of the Accademia in Venice.  It also applies to the Three Philosophers, in the Kunsthistorisches Museum in Vienna.

These two absentees also have something else in common – the actual subject matter is as elusive as the personality of the artist. The Tempesta was made at a moment when landscape painting as we now know it – the landscape as the main subject, rather than the figures appearing within in, was virtually unknown in Western art, though images of this kind already existed in China. There are Durer’s landscape watercolours – that’s about it. The Tempesta does have figures – to the left, a man holding a staff or pike; on the right an almost naked woman holding a baby. Their narrative significance, however, remains unclear. It doesn’t help that x-rays of the painting show that, in the place of the man, Giorgione originally painted another female nude.

The Three Philosophers is almost equally ambiguous, though here the figures play are more dominant role. Are they or are they not intended to be representations of the Magi? And if so, at what stage are they on their journey – at its beginning, when they first saw the Star of Bethlehem, or at its end, after hailing the newly born Christ?

These two works – the ones that most immediately come to mind when Giorgione’s name is mentioned – are inevitably not present at the Royal Academy, but the questions they raise resound throughout the show. The exhibits come in several categories. There are paintings that are definitely not by Giorgione: Durer, Bellini, Sebastiano del Piombo, Romanino, Cariani. There are paintings by Titian, some of which used to be attributed to Giorgione – a case in point is the beautiful Christ and the Adulteress from Glasgow. There are paintings called ‘attributed to Giorgione’ (in other words ‘make up your own mind, the jury is still out’). Finally, there are just a few that are firmly attributed to Giorgione himself.  However, a careful perusal of the catalogue notes tends to indicate that, even with the majority of these, some doubts remain.

What the show offers  – apart, that is from some extremely beautiful paintings – is a no doubt unintended but nevertheless rather devastating critique of current art historical practice as this applies to the making of attributions, especially when, as is mostly the case here, no contemporary documentary evidence to confirm those attributions exists. Just two of the paintings given to Giorgione here are signed – the so-called ‘Terris Portrait’ from San Diego, and La Vecchia, the portrait of an old woman from the Accademia in Venice. Both of them close-ups of heads, they are placed by the organizers at opposite ends of Giorgione’s brief chronology. Nevertheless they share a certain stringency of vision – something that, paradoxically, makes them very different from the supposedly Giorgionesque poetry of the majority of the attributed pictures. What this difference tells us is that Giorgione, in what we think of as ‘modern times’, has been largely seen though the filter of 19th century Romanticism.

Add to this the fact that the ‘attributed’ works quite often don’t look very much like each other – differences exaggerated perhaps by differences in condition (some works have had a rough time at the hands of past restorers), and one’s skepticism about the professional makers of attributions is increased rather than diminished.